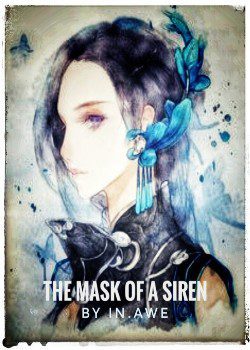 Throughout the kingdom, who doesn't know the eldest miss of General Wei's family is completely useless? Without any powers along with her mentality of a child, Hongyue is mistreated and used as a pawn. However the mistreatment goes too far and the seemingly useless child slowly starts to awaken her claws, her heart bloodthirsty. With a new soul in place, she turns the whole world upside down.

In a world of magic and spells, just how long can useless little miss endure the words of the people who want her dead. Ah, my mistake. What would words of the dead ever mean to the living?

Would the words still matter if you're already dead?

Rumors are always proven wrong but some remain true. That eldest miss of the Wei Family isn't normal. Her blood is indeed different. As she slowly toys with her enemies, her actions catch a pair of sharp eyes.

*Inspired by typical Chinese reincarnation novels however it's baked with more than just one little twist. I wanted a novel that different and not as predictable as similar novels. It's my first time writing so there might be potholes but I'll try my best. This will be similar yet different in terms of approach. I'm a big fan of weak to strong novels but if you tell me that once amazing killer suddenly amounts to nothing in a new world with her personality turned all sweet, I'll have to double check myself. Hope you like it! Filled with schemes and twists, this simple author hopes to entrance you.

***Stole the cover page from google but edited it myself. 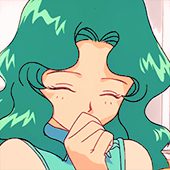 Edit: Something I forgot to add....I truly applaud the author for the schemes in this story. Not because they're super ingenious or anything, altho they are devious, but because they don't use r*pe. I am so tired of reading about these reincarnation stories (whether modern / ancient) w/ r*pe being used in them as a mere plot device - granted not all of them are set in worlds w/ magic or cultivation but still, it's so disgusting and disrespectful to use something so traumatic and awful as r*pe as a mere plot device. It's even worse when it's in cultivation / magic worlds like this one bc it's like.... there's freaking magical powers, etc and you couldn't come up with something else???? I'm really hoping the author doesn't use it in the future, but for now, just this sole reason makes me really enjoy this story very much.

I have to say, this novel is like 100% better than most of the typical reincarnation novels I've read so far. Is it perfect? No, but it has lots of potential as well as being exciting with a main character that you can't help but feel for and root for.

At first, I admit I had a hard time connecting w/ the MC.... she was a bit too cold and merciless, but as the story goes on, you go on to find out that behind all of her bloodthirstiness, there is a vulnerable child merely wishing for a friend, someone to love and who will love her back. I find the way the author slowly shows us her complex character is well done and truly makes you root for the character.

Also I love her interactions with all of the usual characters that would be MLs in other stories like this. I do suspect that one of them might be one of the MLs (altho even if there is a tag, I'm hoping this story isn't reverse-harem, or if there is one that's it properly done), but even then the way the MC deals w/ them is by being cold + vicious + annoying them to death w/ her sharp tongue. It's so fun to read tbh, and gratifying bc usually the cold and merciless 'assassin' type MCs in these stories always end up being played around by the oh-so-powerful ML and even blushing bc of them *rolls eyes* (But then again the MC is stronger than all of them, even now lol.)

The MC is very OP, however, which can make it feel like there is barely any struggle in the story. But she does make mistakes, she's somewhat too arrogant at times - but I find that makes her all the more human tbh. She's also extremely smart, but sometimes I do admit I find it a little too unreal. Actually, I'm even speculating that after she's done w/ the revenge at the general's house, and starts traveling the world she'll meet actual opponents that can actually stand up to her - which would be nice to see. The general's household feels sort of like her playground tbh, like her first stop in this new world, for her to use a stepping stone and to strengthen herself.

One last thing....I'm hoping the author shows us more of the world soon, a world full of magic is so cool and worth exploring even if the MC can't use it herself or doesn't need to. But I guess we have to wait for her poison (s) to be healed and for her to deal w/ the general.

Anyway, thank you author for sharing your work with us, I really loved it and even binged it all in one seating - which was well worth it, I tell you! 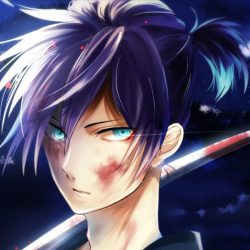 Now the story is indeed inspired by Chinese reincarnation novels (that's glaringly obvious to anyone that's read those) but the MC is much more ruthless and cruel but we also get some moments when we can see her insecurities from her past life which brings some more life into her character, she's smart, vicious, cruel, manipulating and a bit arrogant I have noticed but you'll like her. Now about the antagonists, each one has their own schemes and thoughts (at least from what I've noticed) overall the story is really likeble and the author did a really good job. 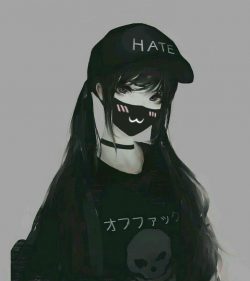 Master of the Dark Arts
By MyLadyQueen
Qionglin was sentenced to death by his father for an unknown reason that he himself doesn’t understand why… After leaving his sect he falls to his death only to not die but to live as a reborn but he never died so how can he? He acquired th
Action Required