The end of science. The end of magic. The end of life, death, time, and space.
All have been witnessed by a single man, and started just the same.

Of course, such a person would inhibit their own mind, as to enjoy simpler things.
A simple trance to pass the time, waiting for anything interesting to happen.
The man tending to his garden is alerted by his own technology, and his face lights with joy.
"Huzzah!" he thinks. "Life! And it's not even my own!"
As strange, seemingly nonsensical runes surround his feet, the man removes his inhibitors and prepares to enjoy a world not of his own!
That is, after safety protocols are met.

This is a story of an immortal man bored beyond belief. Not a god, nor a cosmic entity.
Someone who will enjoy sharing his knowledge with anybody who asks... Despite the futility of them understanding.
A man almost at the pinnacle of knowledge, scientific or otherwise, meeting a primitive "Fantasy world."
"Demon kings? Gods? How has such life been created? What wonderful things to test!"

//hiya. im taking a break from my other novel to write something thats probably not that different, but its in third person this time.
//oh, and its based mostly off of minecraft mods and the idea of being isekai'd at the end of a playthrough. 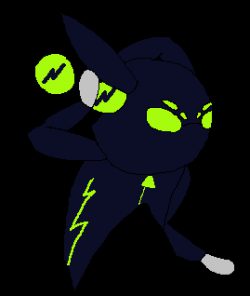 Beastly – A story of teeth and claws
By Petrichor
In the year 2058 only very few people still believed in magic. And Dr. Janavar Foster was not one of those people. As a renowned Geneticist she saw the world only in one way and that was through the lense of a microscope. To her other peopl

The Wolves
By Exigaet
This is not the Earth that you and I know. This Earth is in an alternate reality, where different rules apply. Most of the events that happened on our Earth happened on this Earth as well, though caused by different things. You see, this Earth has
Action Required