I can't fathom just how ignorant I was. A genius such as I... became such a low intellect creature. Even in the end, with everyone coming back to me, I wasted it. Like a bonfire poured by cold water, the last remaining ember faded.

The life I have lost... have given away to something more... useful.

I have learned to appreciate its worth.

Set in two worlds between futuristic Reality in a Cyberpunk genre, the protagonist is no one but a poor woman who has been kicked out by her rich family and was set to live in the worst possible "City Level" in the world.

And the other is the fantastical Reality inside a Virtual-Reality game where the protagonist is a Mage that has only just gotten out of the tutorial, only to meet with another disastrous event.

Countless, unending events in both worlds. With a pause of your choice to implement Comedy and Slice of Life genre into the mix and a treat of RPG mechanics. This time, Siola will finally see a true progress... in her game, in herself, and... her love.

But what does "Her Love" means? There's only one way to find out, and you know what it is. 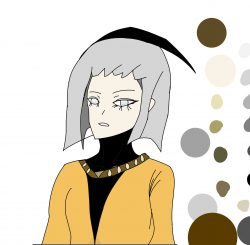 Vaudevillain
By tetran
Dylan is your average nerd. He works downtown for an architecture firm during the day and enjoys all manner of games and media in his spare time. But while Dylan likes all forms of sci-fi and fantasy, he really likes the genre of superheroes.

Obsidian
By Silent_Crow
Obsidian is a ten year old Virtual Reality Massive Multi-Player Role Playing Game (VRMMORPG). Creo, the game company, decided to make one last expansion for the game. And it starts from there… Author: I promised myself that I wo

Rush to Level 0
By Lise
Equipped with nothing but a promise and her childhood AI companion, Sarah triggered an event that shouldn’t occur. From that moment darkweb hackers, information brokers, and secret techno cults plagued her as she raced to find the hidden cl
Action Required