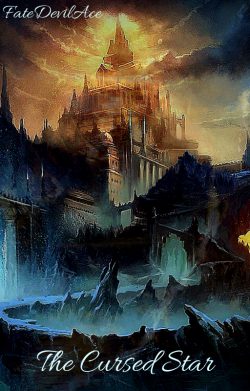 An existence that was revered, envied and despised, returned to the world of Gods, Monsters, and Devils. The world called The Origin was a mystery, and his existence was just as mysterious.

"Without power, it is a Sin to exist. Without Friends and Allies, it is unwise to Rule. Without Love and Desire, it is a Wasted Life."

This is a tale of Love, Emotions, and Commitments. It's a story as simple as Life. 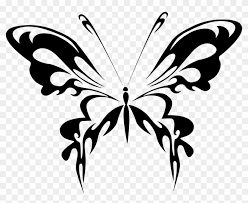 The Cursed Star is FateDevilAce's first work. However, the story and the direction seem to be well planned out. The initial 10 chapters may seem fast paced to the new readers, but they are nothing more than an introduction to the story we are getting into.

Since this is Author's first work, his writing style varies from time to time, however, near the late twenties, the style is more steady and he seems to be more comfortable with it. But none of this takes away the fact that it's a refreshing new Fantasy.

And I love this story!

I like the concept of Magical Abilities and Elemental Powers. He has separated them from each other, and made them even more interesting for me.

The Author seems to have a very big Harem planned out for this story. And Incest as well. Ahem ahem...

In the 35 chapters I have read, it only feels like things are just getting started. And I wish to read more. Unfortunately, the story has been put on Hiatus till June 2019. But I can wait. This story is worth it.

I recommend it to people who are comfortable with the genres and tags he has mentioned on this story. This is because the Author seems adamant on writing what he wants to write, and that includes Traumatizing Content. But it's nothing that cannot be handled. He has already made it clear in his comments on RR that there will never be NTR in his stories. And that's the only Traumatizing content I wouldn't handle. Also, there will be no tragedies. Thank God!

I don't usually write reviews, but after reading the review of the guy with the 2 Stars, I thought it was necessary to write one for this fiction.

So we are talking about Alphas here? I see. Well, isn't that just about the perception of a person? What he considers an Alpha or a Beta?

Okay, but then the dude goes on and writes that the MC of this story lacks a backbone? I am utterly confused if I have read the same story as this guy.

First things first, this story has just started. The MC, Aizen, at least so far, hasn't been in scenarios where his identity as an Alpha can be questioned. Come on, the dude isn't even strong compared to the people who surround him, even his wives are stronger than him at this moment. He's still growing.

Despite all this, he hasn't shown a faint trace of being a coward or someone without a backbone. I am certain that the people who have read this story can relate with what I am telling here.

This MC is someone who can make decisions, and someone who is fearless. He straight out went on to threaten an entire gathering of people way beyond his league, that he would crush them, if they try to harm him or his people. I am not sure if someone without a backbone would do that. (Also, if you are wondering if this action was stupid, No, it wasn't. He acted smartly there, and that was asked of him in that situation.)

Now let's talk about the fact that this guy named Lloyd28 says that MC is being led by his women? Seriously? Where did you read anything of that sort? I only saw him respecting the women who belong to him? I honestly wouldn't like to read on a MC who has no emotions even to his own women. Come on, that's just... not interesting?

I would like the new readers who are reading these reviews, to try out reading this story yourself. Reviews are mostly based on personal opinions, which I believe should not be given if they are baseless, and if they might possibly discourage the Author. If you truly want to give your opinion then make it constructive, and try to not be biased as much as possible.

I would rate the elements of this fiction as follow, and will try to update my review as the story progresses.

The chain of events and the development of the story has been interesting so far. I don't see why I should be stingy here and give it any less score.

Now this is what I really like about this story. It's refreshingly interesting and intriguing. It all makes me think of the immense potential the concept holds. I hope the writer won't disappoint me.

I have read his other work first, and I found that his writing is of Professional Level. However, here, it's surprisingly a little sloppy. Perhaps it's because he's trying to find his own style, as this is his first work. Anyways, it gets better in the latest chapters, and that's good. I would have given 3.5, but I know how good his writing is, so yeah, take 4. You will get your 5 after you have proofread the uploaded chapters.

The writing style here is different than Sins of Love. Though I prefer that writing style over this one, I must say that it's interesting in it's own color. That aside, ther are some inconsistencies in the writing style, that's why I have given 4 instead of 5.

I have overall given this 5, since there is no option for 4.5. And because 5 isn't undeserved. And yes, that's my opinion.

One last thing, this Author's works are not for fainthearted. And specially not for people who suffer from mood swings.

I went straight into reading The Cursed Star after finishing Sins of Love and I wasn't surprised that I came to love another story of this author. Twisted Royalty (Rewritten under new name!)
By HaiImRyuu
Zeek was beaten to death by his own father but there was no meeting with god he just woke up in a cage and had to figure out if he could live a comfortable life or fall into the depths of hell. This is the rewrite of my story of Yandere Roy
Action Required