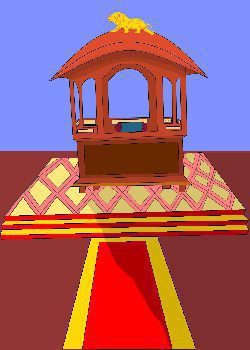 Azaad is a land of myths and legends, a golden crown for many conquerors to raise high.

But their reign never lasts.

With a rebel alliance reduced to tatters and his own grandfather captured, can Bhagat use the knowledge he gains to protect his people and see them rise, or watch as a stagnant land succumbs to new wounds and unforseen tragedies?

For even one bad move can cost him everything.

AN: I'd appreciate it if everyone can leave their criticisms so that I can improve on my writing. Ratings and comments also go a long way! And yah, it's nation-building.

Warnings: I mention them, but there are a few chapters that are really gruesome. Furthermore, this first book is very slow. It's meant as an introduction of sorts and, admittedly, it does get a bit dull at some parts. I hope to improve on it at a later date when I can rework it, but for now it'll have to do. The second book planned will be a lot more fun. Though, I think that's just me.

Inspirations: South Asian history, Tales of a Reincarnated Lord and some of the kingdom-building stories on RR are inspirations for this work. 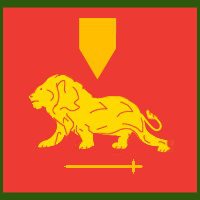 Lone Man Among The Elves
By Monk_Origins
A man from the future crash-landed to a planet full of medieval, sword swinging, magic casting elves. And he didn’t have the patience to deal with them. World map(draft): https://ibb.co/T4mTfkL Usual stuff, folks: Fi

A Solitary God In A Dark Multiverse
By Lucianowrites
Eons ago a devastating and apocalyptic battle took place that rocked every dark and loathsome corner of the multiverse. In the aftermath of the battle, deities, demon-lords, old ones, arch-devils, angel kings and archon queens, not to mention othe

Lord of Goblins
By DarkWe
Anger. Pain. Happiness and sorrow. Lev left them all behind as he faded into the void. What of his victory? Had all his hardships been for naught? His dreams and enemies slowly slipped from his grasp as he was transmigrated into another bod

Circumventing Fate
By Sekai_Saesang
Lei Xing, a recent law school graduate took the vacation of her life, splurging her hard-earned money on a luxurious cruise to celebrate and relax before jump-starting her career. Unfortunately for her, due to a seemingly random stroke of bad luck
Action Required