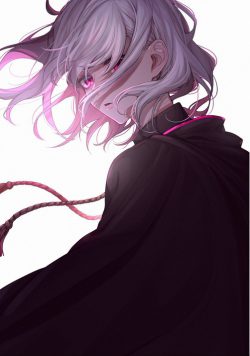 Atsushi Anno is a thirty-seven-year-old Japanese salary man who commits suicide by jumping from the eleventh story bathroom window of his family apartment. He dies and awakens into a void where a self-proclaimed goddess tells him that he's in purgatory waiting to be reincarnated.

He passes the goddesses test and is reborn into a new world as a female sorcerer.

This is the turbulent tale of how a nobody with a dead-end life became one of the most feared sorceresses of all time the story of how Shinobu Shikishima was born.

Thank you for giving my story a chance.

Literally unreadable. Grammar and punctuation are atrocious, and the wording is miserable. Author clearly is not an native English speaker, and it shows way beyond any other web novel I've read to date. (Apparently, I was wrong about this.)

And even by chapter 4, I can see what the 2 star review was saying about complete nonsensical the characters, their reactions, and the overall story is.

Edit: I've looked at the last chapters of this story, and the grammar and wording is way better, and the punctuation is a bit better. Not sure about the story telling. I honestly don't get why the earlier chapters are so bad in those regards.

You may have noticed, all written reviews are either 5 stars or 4 stars but the actual rating is lower than 4 stars, and that's for good reasons.

First of all, this story is a tragedy/dark-themed. That's perfectly acceptable, if not for how badly it was executed. The plot makes no sense at all at times and the MC is a huge doormat. Seriously, everyone around the MC and the MC herself are doormats, to the point of letting powerless teenagers walk all over them while being way more powerful than all of them combined individually.

Secondly, the writing itself is borderline atrocious. The punctuations are basically all wrong, wrong word usage and TERRIBLE formatting. Switching up "your" and "you're" is gotta be one of the worst mistakes I've ever seen from a WN with more than 100k views.

Worst of all, for me at least, is the constant switch between first person and third person even when its MC POV. This is one of my biggest taboos in reading WNs. I absolutely HATE inconsistent perspective and putting it on a WN guarantees no higher than 3/5 from me.

In conclusion, the previous written reviews of this WN don't do it justice. There's only one word to describe this WN: bad. Not enough to be terrible but its still bad. The MC and everyone else that's half-important are doormats, the plot sometimes make no sense and the writing itself being terrible with bad grammar, bad punctuations, terrible formatting and constant switch between first and third person. 2/5. Would have given a 1/5 but there are WNs even more terrible than this so I'll let it slide with a 2/5. 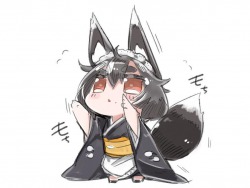 First of all I hate depressing light novels like this one......

Deus ex machina cranked so much at times.

Nothing against heteros*xual ships but I also don't prefer those....

I came for girls love, I was utterly mistaken

The writing is a bit clunky at times but it's whatever....

The characters is the sole reason I'm even reading this through.

In the House of a Witch
By FashionableForestDweller
While hiking during an extended weekend from grad school, the slightly airheaded Rose Snyder slips through a gap between worlds and encounters a witch.. With no way to return, she must adapt to the strange world of magic and danger, and find her p
Action Required