(Might change this later in the future, if I know what synopsis should I write in here):
A Terrestrial planet was colonized by the Solian Federation on the other side of the galaxy after the development of a new FTL drive that can travel to the other side of the galaxy. But there is a problem for the Solian Colonists, Primitive Civilizations with different species were discovered on that planet and were fighting each other for dominance and other purposes. That is a good news for the Solian Federation to buy enough time for their armies to be slowly deployed on other galaxy that is ripe for the taking before other Interstellar Nations step foot on it or the primitives outnumber the Solian Colonists and steal and replicate the advanced technology for themselves.

This series has some racism and words that might offend some people so read it at your own risk.

Constructive Criticism are welcome. But with limitations of course.

I do not own this cover photo, I just found it on Pinterest or ArtStation and edited the photo because I don't like the color. And I need to improve my editing skills.

Link of the original pic: https://www.artstation.com/artwork/1nx4B2

Currently on semi-revising all of the chapters. 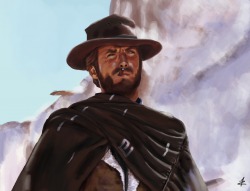