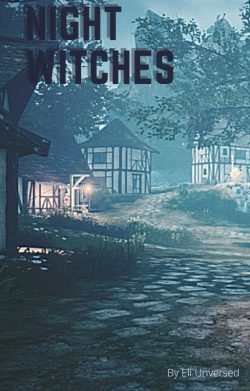 Julie Casandra Faith Stoneheardt is a feared, fierce and formidable woman, dominating the villainous game, being the first major female villain owning her own guild, the Night Witches.

This mainly feminine guild has plans for the future, big plans, and they have the strength to get exactly what they want out of anything. Wit the initial cause to change how the world sees Heroes and Villains, but will they convince all that they aren't that bad, or will their dreams fail?

With the guild becoming bigger and bigger as its known, more problems pop up. In this world of monsters, magic, dragons, demons, angels, villains, and heroes there's no real ally of yours other than your friends and supporters.

I was reincarnated as a system…but wait, I’m not the MC?!
By AvalonPenndragon
A body-less consciousness finds itself trapped in the soul of a young test subject TS-219. After getting to know each other, it helped her break out from the laboratory with the consequence of their escape being a particle reactor going out of con

Angels of Acid
By AneiDoru
~Cover art by Joeydrawss~ CONTENT WARNINGS: Gore, Self-harm, Attempted Suicide Brian Alexson, going by his artist name Hex. He is the lead vocalist and does a lot of the work in his Dark Electro/Industrial band. Hex is an eighteen year

Eternal
By morhamza
What would you do if you were given an infinite amount of time? Would you consider it a blessing or a curse? How would you pass your days? Follow the story of Silas who was made into an immortal. Experience his tragedies, his triumphs and b

Ascended Pawn: Destined as Sacrifice
By hauntedwritings
Amara stood upon the fields, watching the dust rise as the demons made their advance in the distance. Behind her stood the mortals, whom she for the last millenium was told were nothing but fodder. Just like herself. A smile grew on her face
Action Required