Rain is a survivor who got the short end of the stick in life. Reborn as a terrifying and dangerous monster everything changes and he has the chance to truly grow.

An entertaining popcorn monster fantasy intended to be incredibly visceral and raw. It is set in a litrpg world with a slow burn on the litrpg elements.

A few of the many art things I've painted for this story:

Repeating the same damsel in distress trope get old real fast when the same two bitches get captured or held hostage over and over again to force confrontation with the MC just so we can read a substandard fight scene where the MC (who is supposed to be some kind of primal badass and scary monster)   gets his ass handed to him for 2/3rds of the fight then through extreme emotions powers up DBZ style and murder hobos everything around.  It is just kinda sad the author falls back on the same clichés tropes repeatedly when the story isn't half bad. It reads more like a monster story with an occasional Hentai bits then a straight up smut, but the smut parts are kinda repetitive with a cartoony feel when the goblin chick should clearly die from getting stuffed with monster rod to the point where it almost comes out her chest. Does she not have internal organs?  From the point it grew to 14 inches and a 4 inch diameter it should have ruptured all her internal organs and she should have died very slowly and painfully, hence cartoon like H scenes.

You know the murderhobo "hero" your fourteen-year-old self set upon everything that moved for fun and profit in Skyrim? The world of Dreadwolf is ruled by them. Levelers they're called: sick, twisted people corrupted by an RPG-like system. Killing monsters, intelligent or not, grants them instantaneous spikes in power. Murder a family of goblins and their pet? You're now as strong as three regular men. Slaughter a few thousand tribes and you've the power of a nation in hand. Take the town of Lynthia's highest leveled citizen, it's "Ranker" for example. His sheer might grants him enough authority to mutilate someone of a lower level for having the audacity to take exception to him using his wife.

Dreadwolf is the story of the wretched son of said man, disbarred from society for being related to someone who would dare cross their betters. Rain seeks revenge upon those who oppressed him and his kin, and with the aid of a nightmarish benefactor that turns him into a dark-furred monster that grows stronger the more he consumes, he may just have it.

The litRPG elements feel like an integral part of the story instead of window dressing, it colors the society and culture of the charecters, even if that means said society looks like a bedlam of greifers  and powergamers that only value life for how much exp it's worth. When I started, I was always hungry for the next chapter. Hungry to see Rain cry out against the cruel, unfair world he was born in.

But my enthusiasm ebbed around chapter 30 and all but sputtered out by chapter 100.

It wasn't the text, Dreadwolf is fairly competent in that sector. It's clean, easy to read, and free of any quirks that would warrant dropping the story. The only surface-level things that irritated me were the overuse of italicized actions "Rain moved". The first few times, it adds some power behind the mental image it paints, but after the twelfth time in a similar pattern as the last eleven, it just feels bland. This repetition problem, unfortunately, bites through Dreadwolf's prose and into the story itself.

You can see it in the later scenes of Rain eating or lewding. The general motion is samey enough to rob the reader of any sense of progression. Remember when I said that the setup avoids coming off as gratuitous? That bit of praise doesn't hold up past a certain point. I groaned under the weight (heh) of the formula used for R-18 scenes: which with slight variation, dangled a macrophilia and predator/prey fetish around for a bit followed by the love interests climaxing with a loud "AIIIEEEE!". It's like viewing generic H-events in a porn game. The first three instances are fine, but anything more feels awkward at best and annoying at worst. Whenever Rain "chops" meat or eats it, it feels like I'm being fed the same meal with a different colored tablecloth. Of course, I've done enough commissions to understand that some may just want more of the same, so your mileage may vary. If this was my only problem with Dreadwolf, I'd have no problem granting it four stars, but the repetition goes even deeper than that.

Besides the narrative's constant indulgence in Rain eating and growing, displays of how crappy levelers are through shock-seeking scenes overcrowd honest worldbuilding, character development, and plot progression. The way antagonists and even the common folk act quickly crosses the fence between practical, malefic evil, and dumb self-destructive evil. There's a point where an inanely cutthroat society leaves you wondering how there're any throats left to cut. I hoped that Dreadwolf would handle the dark, edgy stuff well given how the first few chapters performed, but my hope suffered a painful ignoble death like most of the characters. It doesn't help that the story takes every opportunity to rub your nose in it for what feels like its own sake. I get it. The thing Rain turned into is a primal devourer, levelers are sick and twisted, and the world is dark. I'd like more things to help me latch on to these aspects, more things to make me care. As it is, there's barely enough to keep me invested. Every time significant scenes are passed over or interrupted by a leveler stabbing or abusesing another to prove how screwed up they are, every time Rain gorges on his kills while the narrative enthusiastically declares that he needs more more MORE, it gets less entertaining and more exhausting. I'm disappointed, and I'm not sure if I'll keep reading.

Still, Dreadwolf is an entertaining piece. I honestly enjoyed it and I don't regret binging it. Those of you who desire cruelty and blood cut with an occasional floofy fuwah fuwah moment may find none of the complaints I have against it. Quality-wise, the story defies Sturgeon's Law. I'd say it's worth a bite, you might like it.

This is a good read, the highlight being the fight descriptions. They're brutal, bloody and nasty. The author has a real talent for them.

I like how unapologetic this novel is about being what it is, whever you like it or not is a matter of taste. The author really goes ham on the edgy dark fantasy tropes. What I don't like is the character being kind of stupid, letting adversaries go whithout chasing or monologuing like a cheap villain, but it does kinda make sense in the story so that's okay I guess. 10/10 IGN 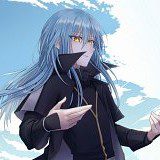 This novel has the perfect balance between being descriptive, yet exciting to read. It has enough action, without taking away too much of the plot. It has some lemons, while still keeping up the pace, and actually building the relationship between the partners. Overall quite a good novel in my humble opinion, 10/10 would reccomend.

Love the gritty descriptions along with the tone of the story in general. Actually written well. Love the 18 scenes and even if you aren't into that you should read for the story. Keep it up author. 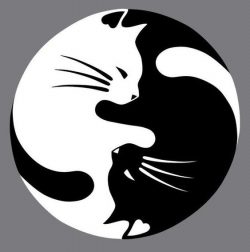 Binge-read this story, and this story is so fun. How the author describe every action is just so amazing. Grammar, characters and story are excelent. I really recommend you to read this! 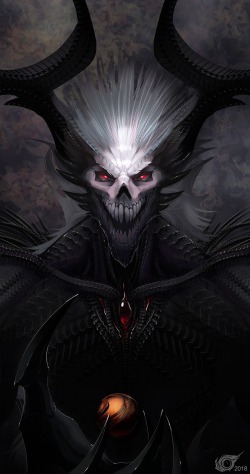 Too much identity politics

MC gets tortured and killed and theirs no satisfying revenge

Stick to erotica author you seem to be good at that

Been an OK read... I liked the premise of the MC needing to eat and get stronger.. and also the dark nature of the story. But it does gets a little repetitive (at least for me after 20 chapters in). The lack of no new evolutions, abilities, like skills or magic for the MC beyond just boring body growth is just a little disappointing. There is no real hook to keep wanting to read on after awhile and is more of the same. Maybe it is still early, who knows but I usually give at least 20 chapters to get the generic gist of how stories goes, and so far it hasn't been any special. Also with the intro of a certain character it did lose another half star for me, as I expected it to be a lot more darker (going from the first chapters) and more revenge focus but it kind of just devolved a little with this character making it more in line with a generic happy anime/probablygoingtobeanotherharem plot. Maybe it's just not for me.. but I'll keep reading for awhile hoping it will come good. 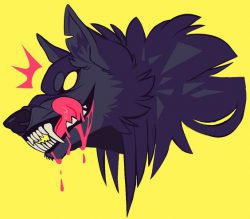 Forgotten
By GamingWolf
Aperio had been a slave for as long as she could remember. She toiled away in the palace of her masters, her body forced to obey, her mind no longer caring that she did. Her only joy was the small inconveniences an error in her work could bring, t
Action Required