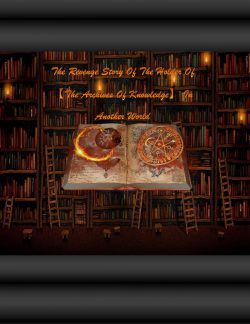 Kirishima Soma, a boy living in a post-apocalyptic alternate universe where magic exists is summoned to another world by the self-proclaimed Goddess of Love and Justice of that world only to be disposed of because he was too smart for her taste.

He was sent to the “Bloody Hole” a dungeon used to seal the most dangerous of monsters only for him to get his hands on 【The Archives Of Knowledge】, an ability created from the resentment and desire of revenge against that self-proclaimed Goddess marking the start of his journey to get revenge on her.
Proofreader: DestroyerMon(Thank You)

This story is all style and no substance.

It hand a pretty good intro but 11 chapters in and he has all these cool sounding authoritys but doesn't use them at all and still uses a sword. That just doesn't make sense

The moment I saw "I'll kill you!" at the beginning, I felt that something was incredibly wrong. Sadly, that feeling was correct.

There are three main things that I have an issue with. 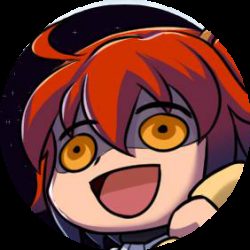 The sole purpose of this wish-fulfillment story seems to be for the author to get as much self-gratification as possible by handing the MC (his Gary Stu self-insert) everything on a platter.

This is a quintessential Gary Stu story, except for the beginning where his enemy sends him to a place where he's supposed to die, all following chapters are all made to worship the MC. The place of death he was sent to turned him from an average human into stronger than his godly enemy in basically 1 or 2 chapters. Every next chapter makes him stronger than the last, inflating every stat of his by 100 times every time, and if you think he has at least one weakness, it gets removed easily in a couple of chapters.

All the characters that are not the MC or his enemies exist SOLELY to worship the MC, and his enemies are easily crushed without a single consequence. Any problem in his way gets solved in a second and only makes his absurdly huge stats all the more higher.

There is no logic or reason put into this story, only the desire to self-fellate. However, sadder still is that this is neither a comedy nor a parody, it is written to be taken seriously. I would have scored this one star, but I give it two because at least the grammar for this trash is readable. 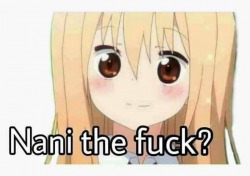 Isekai’d as a Vampire
By DSK
Benji got taken to another world, but if that would not be enough, he is also not human anymore. He wakes up in a hidden dungeon and gets greeted by a strange message that he got chosen for an experiment and his exam is to survive and escape

Red overpowered
By Lyl
Logan is an orphan born with a genetic anomaly that gives his eyes the color red. Taken in by a benevolent family, his life will change dramatically. And he will be called to discover a new world invoked by it. As a hero? Certainly not, he will no

How I Accidentally Started A Harem In Another World
By DaichiSenpai
I was reincarnated, by mistake, into a world of swords and magic after dying in a car accident. Gaining new overpowered abilities, I wanted to explore this new world, enjoy the freedom and accidentally start a harem? There will be at least
Action Required