Matty didn't fit in with the other village boys, nor his own family. He hated the idea of bulking up. He hated the idea of getting stronger, hated participating in aggressive fights with the others. Luckily, at some point, his dad had laid off on trying to get him stronger, figuring he was a lost cause. Less luckily... there's something hidden in the village, something mysterious and dangerous tucked away in the deepest depths. In the end... he might have to learn to fight anyway.

With the turbulence of Truth, nothing will be the same.

There is always something to be said for a story that draws you in, has you rooting for the characters, wanting a newly introduced character to stick around, and eagerly awaiting for the next installment. Dissonant is definitely one of these.

It is early days yet for the story, but there is already a lot to love. There is no mistake who the transgender tag is there for, (it's Matty; I don't think that that is much of a spoiler given the nature of GB stories as a genre) and they certainly are relatable as the struggle though their situation. It's both a coming of age and coming out story for them, and you can't but want the best for them.

The supporting cast is also well done, and I've actually found myself caring about them as well. The brother (Alvin) is an awesome brother to Matty, and while the Merc has just been introduced (and has added layers to the mystery that surrounds the setting, which has been explored just enough to leave you with a taste and wanting to find out so much more about it and the potential that it holds), definitely want to see more of them too :)

This story has heart. Not to mention that the imagery at some points is very cute too.

Anyways, well written story. Grammar, structure, spelling and pacing etc is good. Will definitely be continuing to read the story and looking forward to the next release.

Recommended to any readers, not just GB/Trans fic fans.

This is just a wholesome coming of age story. Written well and I rooted for our main character the whole time. I hope to someday see this continue as this kinda felt like the opening passage of hsr greater adventure.

Loved it thx for the great novel 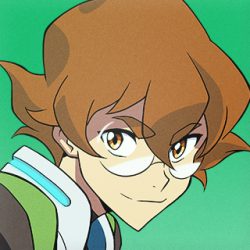 I kinda forgot to leave a review it seems. So, okay...

Dissonant is one of best novels on this site!

It's kinda hard to describe the story without spoiling the story, or just straight up copying the synopsis, but I really like the mysteries, and the descriptions of over sensitivity, (is that the right word) and gender Dysphoria are amazing!

(Edit: And this review got cut off) 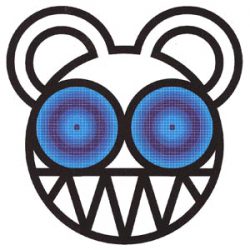 This was such an awesome ride! I freaking love it in every step of the way!

First of all, as someone who read Leaking waaay before this (which was something I thoroughly enjoyed too while it lasted!), I was very surprised in a positive way on how massive the leap of quality LuminaMystere's writing took. It was such a drastic improvement, for Dissonant is leagues better, and I'm expecting the sequel to be even much better!

Dissonant is such an instant page turner that'll always leave you wanting for more. Every important character was written to perfectly play their roles in the story. The relationships between these characters are very well fleshed out too, which, in my opinion, is the greatest aspect of this story due to how good and extremely realistic it was done. And who the hell doesn't love our main protagonist?

But of course, it isn't a perfect story. It does possess its own flaws.

Lots of times, it's basically doing the opposite formula of Show, Don't Tell. The descriptions and dialogues oftentimes don't leave enough to the imagination.

Thankfully however, said flaw isn't exactly something most readers would be bothered at. And then again, there's no such thing as a perfect story (but there is such thing as improvement, just as LuminaMystere impressively showcased!) so it's very much fine. If anything, it makes this story even more beautiful and humanlike.

I'm 100% looking forward to the sequel due to how much potential it holds to be so much better. The Leaking rewrite is something I look forward to just as much!

Status: chapter 09 – the eve of change
Nov 11, 2020
It's a nice and well-paced story about a trans kid discovering themselves and those feelings they barely understand - all while trying to not only physically fight the monsters that roam this world but also the demons within them.
As of now, the story is still at a point where the MC barely started to understand what's happening with them. But I get the feeling that it won't be long anymore until the egg really cracks. :D 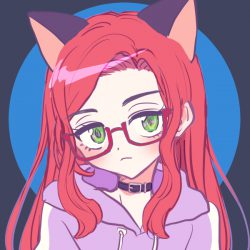