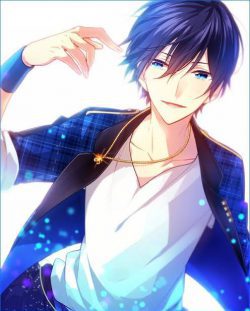 A returnee from the different world finally returns back to earth as he finds out that earth was invaded by monsters.

The daily lives that revolve around a young man whom was taught on the way of fighting, battle and magic. Yet, had no idea on how common sense work. A comedic adventures of a young boy destroying common sense everyday... 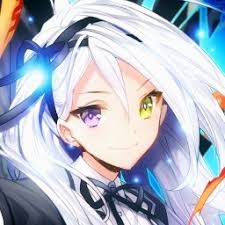 Literally, my entire review is a spoiler. Oops...

Anyways, the main points if you don't want spoilers~

I think the story suffers from the author just listing out Rei's character rather than proving to readers of his personality through his interactions. Things like the most "noble" person in the other world is contrasted with Rei's "childish" personality, which one of the characters recognizes as is confused by as well.

It's also strange how Rei acts. For one, he is 12-years-old and should probably act like a junior-high student, or at least suffer from puberty. But it seems like he is 7 and lacks common sense to differentiate from true love and psycho. Also, I don't see any effects from trauma, caused from (possible) killing in the other world or just due to his parent's accident. Yet, he seemed to be completely fine. Also, how did he land in an orphanage if he had an aunt or a pair of grandparents to take custody of him. That confused me.

There will most likely be no growth from conflicts as MC's level of overpoweredness triumphs over any conflict I've so far read. If you are literally the strongest in another world and you come back to Earth, chances are that you are and will remain as the strongest.

I'm not sure what the side characters are there for, with Akuto being chased about by yandere-chan, and Mob A and Mob B unleashing MC's rage, leading to him to pull a Heiwajima Shizuo. I'm not sure if he is supposed to be important, but as of now, he acts like comedic relief.

Anyways, there are points I feel like the author should work on, but you really don't need to listen if you don't agree with them.

Aside from that, the story has just begun and still has plenty more routes to go through. Setting the MC as a junior high student when the last time he was in school was in primary can serve as an interesting twist to the high-school student life story type. The lack of any female falling in love with MC on-sight is also a big plus.

well as we all know retunee is a popular gerne but the story writing is so bad.

The main bad points are

The Thorn Diary
By ark125x
Rebecca Thornson suddenly found herself in another world and must struggle to survive … except being in this otherworld is surprisingly easy? The diary of an otherworlder who bulldozes through problems easily becoming a reknowned hero. Magic? Simp

Mahou Shoujo Reincarnation
By Raven-Frostwing42
The strongest of all the magical girls that existed in Tokyo S has started to depress into the path of a monster just like all the other powerful magical girls, in the midst of all her despair she soon finds a solution to all her problems that is
Action Required