One fateful day, a caravan was passing by the village of Teira, which had been raided and set ablaze by bandits. Within the burning rubble, a young woman found a baby, the sole survivor of the attack, and decided to take it with her and raise it as her own. As she was leaving with the little child in her hands, two falling stars lit up the night sky, and she named the boy Asterios.

Years passed and he grew up in a caring and warm home, developing a passion for all magical beasts, choosing the path of a Summoner as his way of life. While his love and knowledge also grew boundless, his practical abilities clearly pointed out his complete lack of compatibility with that school of magic, but he never wavered in his resolution.

Follow Asterios as his life of perpetual failure suddenly takes an unexpected turn, after just seconds short of his death, a powerful summon answers his call and saves his life. Wait... doesn't it look like... A GIRL?! Are those animal ears and tail?!

Release schedule: Two times a week is the goal. Most likely Tuesday and Friday.

What to expect:
Fantasy adventure with an MC devoted to summoning magic and fantasy beasts, slowly getting rid of his title of the Weakest Summoner, lots of exploring, magic, encounters, lots of character development and what's the most important, a joyful harem of lovely Monster Girls! And perhaps, some occasional lewds ( ͡° ͜ʖ ͡°)

Community Discord for my novels: https://discord.gg/uPjt6DJ
My Patreon: https://www.patreon.com/Saileri
The story is also being published on RoyalRoad.com

The actual narrative and syntax are okay, a bit stagnated sometimes, but not terrible. I haven't read the published work. This review is for the webnovel series. To me? It's not five stars. It's about a 3.5 approaching 4. The release cadence is just too awful and the stagnated narrative really drags on pacing wise. I think it was because they tried to stagger the harem in rather than ensemble. The characters are decent, the protagonist is not too awful, but everything is a bit shallow and banal world building wise.

These people over hype it a bit to me. There's real five star novels on here. Wisher Beware? This is okay junk food to me, but it's not that good to get a five star. I wouldn't reread it for instance. Especially considering the release cadence and over saturation of this banal trope in harem. The magic itself is mostly unique at least? The writer seems like a decent guy. We even talked about my review a while back and he seemed genuinely curious about my perspective.

THats what I read XD. SHUT UP AND TAKE MY MONEY!!!

What can I say, other than by not reading this, you are doing yourself a massive disservice. The characters are super sweet, the combat is well thought out, the world's mechanics are well thought out and well explained, and the romance is suuuuuper sweet.

This story focuses mainly on the relationship between the two individuals (as of c27), and I can say that if you don't like the story within the first 7 chapters, you can stop there, but please, give it a try!

The Cliffs, the Characters, the Reveals, the Events, IT'S ALL SO AWESOME! PLEASE FOR THE LOVE OF GOD, R E A D I T

Update: c126 (patreon, as of writing) : Sai somehow never ever fails to one up himself almost every single chapter and the happiness is starting to hurt

1) The story is not hard to follow. If you're looking for good reading material without much effort, this is a good story for it.

2) The storyline is solid. The story does follow a predictable path, but I would rather emphasize here that it does not detract from the reading enjoyment. Even though I could predict where things were headed long before they got there, I have been engaged through the whole thing.

3) The characters hold unique personalities from each other and are well-expressed. This is a really good point, as it allows dialogue to be easily followed when it comes up. The characters are expressive without feeling unnatural.

4) The world-building is pretty good. Everything necessary for the storyline is explained without tedious "info-dumps" and the information is paced so that the reader has something to look forward to. I found this to be a supporting aspect for the predictability of the storyline, as the author's theory-craft really helps drive interest.

This alone is enough to drive my review down from 5/5 to 4/5 due to the lack of development personality-wise with the MC's "first mate." Despite the first and second mate's cultural expectations, the first mate hardly seems to fill that role nor does she demonstrate any ambition to do so. This becomes painful, as the second mate starts to gain a lot of attention in the story and becomes somewhat more developed in personality - it creates a noticeable imbalance. It's an extraordinarily frustrating aspect to the story, largely because it infringes on the previously mentioned culture of the two and I fear that it may spoil the flavor of the story.

2) The storyline is predictable. While it is solid, the predictability may detract from the enjoyment for someone looking for something more original.

3) The pace is quick. A lot of things happen fast. This isn't to the point that important details are left out, but it does mean that there is more emphasis on character interaction and action than there is for scene-setting, world-building and development.

It's a good story and I have enjoyed it to this point.

There are little to no grammar mistakes, the characters feel alive and not like puppets. There weren't any info-dumps, but the world feels fleshed out.

The MC isn't an overpowered d*ck but neither is he a asocial loser incapable of contact with a female, like in so many other stories. He is nicely balanced, and even though he got a power up early on, the story didn't turn into a power for the sake of power story. There seems to be a direction the story is following.

There are bits of romance and the author has done a wonderful job in capturing it so far. You'll probably be shipping the characters from their first meeting. All in all, if you like fantasy, fluff and warm feelings this is a story for you.

With regards to Ouroboros; Granted, I would love to see this released 1 chapter per day. Something you may not be aware of, up until recently, He had two novels on here. Now he is writing three. The author is not a machine (Kinda wished he was ;) Two Chapter / week for this novel and one for the other. "I Own A Brothel In Another World". I do not know if he has put his third novel on here at this time. Also he is steady with his releases.

I initially found "I Own A Brothel In Another World"[BIAW] and was reading it and still am. When I moved to Patreon to support him, I came across this novel. I read a random chapter and really wasn't impressed at the time. A few weeks later, bored to death awaiting the latest chapter of BIAW. I started from the beginning on this novel, "The Rise of the Weakest Summoner"[TWS]. I was quickly pulled in to a great story and had read more than 20 chapters awaiting the latest release of BIAW. I read that chapter that was released as quick as I could. Then I binged TWS until I was caught up. Now I sit and wait for each new chapters release. While waiting, I reread both novels until I catch up again. I'm currently on my fifth read of BIAW. I've reread TWS seven times so far. They are that enjoyable.

Now in ALL novels I have read here, they have had their issues as well. So I think Ouroboros kind of went overboard. 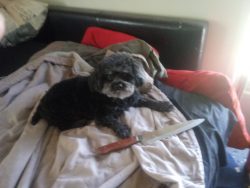 one of the most intriguing stories I have stumbled upon. 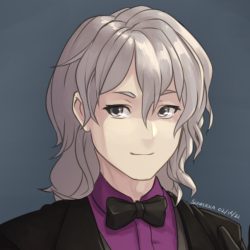 Drip-Fed
By Funatic
A slime randomly falls into existence. Sapient and born with the ability to recreate parts of the things it preys upon, the highly confused drop of primordial soup decides that the only real thing it can do is become the being at the top of the fo