Just like those main characters you'd see in a light novel or manga, I was once summoned to another world to defeat the demon king.

And let me tell you, it was hell!

All those exciting experiences authors write about for their main character when they get isekai'd into another world are all lies I tell you! Lies!

But I won't deny, there were a few good times I had as a summoned hero, albeit, they were far in-between.

Therefore, if I was given another chance to become a summoned hero, I'd turn it down in a heartbeat.

Unfortunately, however, luck wasn't on my side.

Who would've thought, a few years later, after being able to travel back to my world, I, while attending a funeral via a prison furlough, would be summoned back into the world I was once summoned too?

I sure as hell didn't.

However, there's a twist to this. Instead of me being the hero that was supposed to be summoned, I was actually an extra! The ones who were really summoned was both my childhood friend Alice and her best friend Kari! 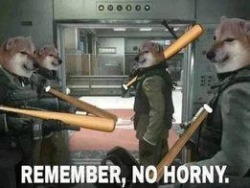