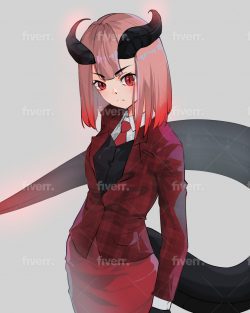 In a previous life, they were known as Yumma Akiyama a popular schoolboy and a devoted otaku. After his death, he would be reincarnated as the demon girl, Nariko Helel ben Shachar, the daughter of Lord Lucifer.

She was reincarnated months prior to current events in the story. Mana starts developing a close bond of friendship and familial connection to Nariko as they spend time together. She is known for possessing black ice magical abilities.

A half-ogre, half-demon of nobility, she's a very laid back about nearly everything that happens in her everyday life. Known for her stoic expression and love for lollipops.

When the mortals united in order to reach Prothean, the sacred land of the Prometheans. Chronarus punished them by stripping them of their magical power and dividing them into the Realms we know of today.

Is the current ruler of the Devil Kingdom taking over from her late father, because of this she was forced to grow up quickly and learn her role in order to keep the noble houses in order and under her control albeit at a price.

One of the eight Prince of Hell known as the Lord of Purity not much is known about his past besides from his military feats before stepping down and taking a more reversed approach to total peace.

One of the eight Princesses of Hell known as the Lady of Might. She's the mother to the reincarnated Mana Hellsmouth having a strong sense of parental love for her daughter, she will often tease the former on multiple occasions.

One of the eight Princes of Hell known as the Lord of Wisdom. He is currently the Director at the Academy of Wisdom which his ancestors created in order to produce nurture future generations into the role of military personnel. He has a long of serving alongside Lord Lucifer in the military before retiring himself to his current way of life.

Both of these once pure Elves now serve Lord Belial. After offering themselves as servants they were eventually given the option of being reborn as half-demon, half-elf resulting in the both them being turned into Dark Elves.

A blood relation to the Lord of Wisdom, Lord Belial. The servant Syl serves as his personal maid in his everyday tasks. Also attends the same academy as Nariko, Mana and Etsudo.

One of the eight Princes of Hell known as the Lord of Gluttony. One of the figures in the Anti-Peace Faction of the Demon nobility he has ties to people within Arcanium using them in order to further his own goals.

One of the many intelligent Guardians that roam the lands of the Demon Realm. Lonshanks serves as Lord Beliel's personal assistant helping with many tasks, he's also taken a keen interest in Nariko due to her unusual aura that he has sensed coming from her.

The youngest of the Nymphria sisters and cousin to Lord Lucifer. Having just completed her Passage of Rite.

One of eight Princesses of Hell known as the Lady of Youth. A rare breed of demon due bright blonde hair all information of her existence is kept secret from outside sources. She is also a cousin of Lord Lucifer like her younger sisters.

An old man that's a descendant of a rare species of Supreme Humans, he serves as a guide and a well of knowledge for the Devil Kingdom aiding them if need be in their endeavours.

The capital city of the Devil Kingdom, serving as a place of power for the kingdom and as a major trading hub.

It's the fissure that separates the Demon Realm from the Mortal Realm. It's lava fires make it almost impossible to pass-through it also acts as a source of time informing those residing in the Demon Realm whether it's day or night by the brightness and colours that it shines down upon the realm.

The only facility within the Demon Realm that specializes in the creation of clones and the use of reincarnation rituals.

The main hospital situated within the Demon Realm capital of Hellscape.

The dominate species within the Demon Realm. Males are distinguishable by they large horns and parts of their skin being scaly. As for females they instead have smaller horns and an agile scaleless dragon tail.

A species that isn't naturally conceived instead Dark Elves are the product of Elves from the Mortal Realm making pacts with Demons. Their bodies mutate due to continuous expose of manacules in the atmosphere from the Demon Realm, so far, females are the only known Dark Elves.

Show
Table of Contents
Write a Review
Reset Filters
X
Write a Review
You must be logged in to rate and post a review. Register an account to get started. 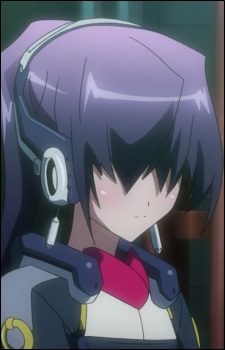 Deviled Egg
By Katie-the-Angel-Witch
Or “My Downstairs Neighbor Performed a Ton of Demon Heritage Awakening Rituals under my bed, And I woke up as a succubus, but I’m starting to like it?” Peter Donnellan is a regular college student in the far off year of 2

Sorcha Knight in the City
By xephyre
Sorcha, a knight in her past life, reincarnated into a modern world. Being the daughter of two soldiers, she wanted to follow her parent’s footsteps. Follow her as she become a soldier who follows the knight’s code- protect the weak and de

Alice Angel of Mercy
By Deathangel
Meet John, a normal everyday teen that went from having a normal life to being paralyzed and an orphan. Now without much hope left in the world he decides to risk it all to test the first deep dive system ever created. Accepting all the risks of p
Action Required