Still here I am, in another world, with a body that doesn't resemble my former one at all. Without any idea of why I'm here or what I'm supposed to be doing I set off on an adventure to find someone who can tell me what is going on. 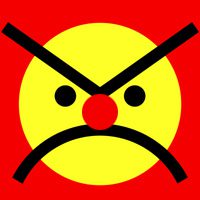 Is this novel destined for the toxic sludge pits where 4- star novels dwell? Absolutely not.
Is this the greatest thing ever conceived since the notorious invention of sliced bread? Also — no.

This is a rather generic, albeit captivating read. A staple of the gender-bent isekai genre. Literary crack cocaine, if you will. You know why you're here and you know you'll love it, you filthy junkie.

There are at least three key points to this work that are worth mentioning for the potential reader. First of all, is the style. The novel is extremely well-written. The words flow naturally and are easy to digest and understand. You will not spend painful moments trying to tear through bad grammar and awkward language. It's quite the opposite. The chapters are as smooth as butter from start to finish. There's nothing for the mind to trip and stumble on. It is not forgettable either. The information is laid out in a way that is not encouraging you to skip the chunks of the text to get to the meaty parts of the story. Every part is meaningful and enjoyable to read.

Second, come the characters. Their most striking feature so far is how sensible they are. They behave as you would expect of an actual thinking person. And while you might not agree with their actions or line of thought, you're still able to relate to them on some level. As of yet, they do not exhibit the symptoms of your typical isekaitis case. They're not covertly slipped an idiot ball or act as if they're too dumb to live. They're also not a bunch of all-forgiving moralizing doormats that you often see posing as heroes while being nothing more than upstart weeblets. And certainly, they're no darker and edgier kinds of characters. Hopefully, this trend continues in the future.

The third point, and the one that resulted in me giving this fiction a less than perfect rating (if I could give 4.5, I would), is the worldbuilding. It is a rather controversial one, at least in my mind. It is, to date, quite bloody generic. It draws on those very same tropes every other isekai does. The magic is generic, the fantasy aspect is in your generic medieval world, hell, even if epileptic trees would deign make an appearance — they would be horribly generic as well. The novel isn't exactly bringing anything new and exciting to the table. It is simply more of the same. Now, it isn't exactly a bad thing. We, the avid consumers of gender-bent isekai, are here for exactly those tropes. A good ol' 5-minute adventure with a fresh coat of paint. It doesn't necessarily need to reinvent the genre, since the target audience detests the changes to the true-and-tried formula. But the setting doesn't exactly set this story apart from the competition either. Thus — the rating conundrum.

To sum this up: this is a quality story, that you will find enjoyable, but not the one that will keep lingering in your mind for years to come. This is no literary masterpiece, but it is a few steps above "decent" and it is definitely worth your time.

It is a very bad copy of "Not Sure, But It Looks Like I Got Reincarnated in Another World"

but the MC is stupid here, does not think. There is less world building here and less interest. 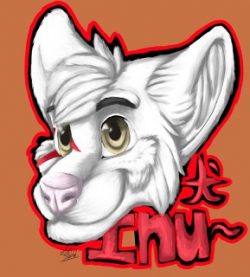 This is a pretty awesome story from a fantastic new author. I have fallen in love with our two main characters so quickly that it is truly a testament to this amazing authors strengths. Wherever this story goes; I find myself enthralled and wanting to follow the adorable ship that is Welsie and Cairah! 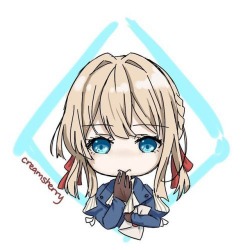 Status: chapter 16
Nov 2, 2020
A seemingly generic gender bender isekai which creates it unique appeal with its characters.
The fact that the characters measure their actions and have complex thoughts is what made this story worth a 4 star rating.
The setting looks like a standard medieval fantasy setting with nothing much to set it apart but its much better than creating a random mess of a world instead of focusing on the plot.
While I believe that the gender bender theme could have used a bit more attention from the protagonist instead of an effortless acceptance and the romance could be a little slower, on a whole it is pretty well written and might turn out to be a great story if the special class is well used as it's very rare to see a non combat class.

My boyfriend, who then became my girlfriend
By punchew
Imagine this. You (A girl) Dated a cute boyfriend. Then the cute boyfriend turns into a girl! This is exactly what Kanade had to go through. Although she doesn’t seem to mind as much as her boyfriend-turned-girlfriend Haru. R

I’m The Princess of The Ice Queen?
By jonnyboy0719
What kind of people will Tauro meet in the virtual world? Will he ever be able to change? Why is his sister so overprotective? And what is with everyone calling him ‘Hime-sama’? But one may ask the question, Is this world truly virtual

Gaining a Twin
By QuillRabbit
When a teenage trans girl goes to a renegade witch to get a more gender-affirming body, she expected a little pushback from her family and society. She didn’t expect to wake up as two distinctly separate people. After a spell gone wrong, May

Stars I Shall Find
By girlwithaguitar
A young closeted trans girl struggling with dysphoria in her life; Luna, or as she’s known to others, Leo desperately wishes upon a star like in the stories to become the girl she always knew she was supposed to be. Little did she know her w

Devil’s in the Details
By ChloeW
Azazel is a young man stuck in his seemingly boring life of working at a bakery, but when his roommate gets arrested he finds a new roommate who has a rather unusual secret who just might be able to help Azazel figure out why he feels so unhappy a
Action Required