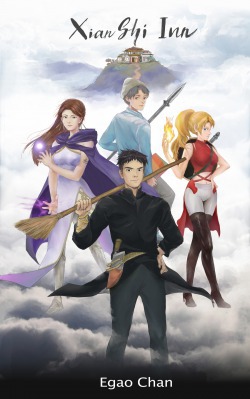 He left his home, unwillingly, to a realm of cultivation, Xianshu, mythical manuals and Dao. And now he’s here due to a failed attempt at going home, a place bears a lot of resemblance but not the same.

“At least it’s close enough here. I’ll get there on my next jump.” Jianmen Yu said to himself, “But while I’m prepping, let me do my old job here for a bit.”

And there we have it, “Xianshi Inn”, run by a cultivator, who’s not of this world. Don’t mess with it or its employees, the owner will kick your ass, no matter who you are, no matter WHAT you are.

Patreon available: egaochan (avatar is a crab), feel free to tip me if you like my stories!

The full book of this novel is now available on Amazon, if you would like to support me and my work, head to Amazon and search "Xianshi Inn"!

Genre
ActionAdultAdventureComedyFantasyHorrorMartial ArtsMysterySupernatural
Tags
Cultivation Modern Fantasy Protagonist Strong from the Start Student-Teacher Relationship Xianxia Xuanhuan
Table of Contents 640
Show
Reviews 5
Table of Contents
Write a Review
Reset Filters
Write a Review
You must be logged in to rate and post a review. Register an account to get started.

This is a pretty decent story thus far.  The story feels like a combination of one of the Chinese horror death game novels, where people get pulled into a horror situation and have to survive increasingly difficult situations, and a cultivation story.

It's a little rough around the edges, but nothing to serious. Some of the pov transitions feel a little awkward in their timings, but it feels kind the author is getting better at them.

The only other minor complaint I'd have is that while the events seem like they are happening over the course of like several months, from how it's written, it feels like a there is a new event each day and that to get to like chapter 130ish, maybe 2 weeks had passed. Mind you, this isn't a 'needs improvement' complaint, just that for me it makes it harder to keep track of what's happening where and when.

Still, on the whole, I hope this story gets more attention, though I do understand that this story is very niche due to the particular arrangement of elements it has.

A really good novel! I wasn't expecting much but the setting is novel (hehe) with interesting characters and A LOT of foreshadowing. I like the pace and the story feels fleshed out, I don't know why this hasn't gotten more attention, probably because it's relatively new? But yeah definitely recommended :)

The premise and execution so far are interesting, the pace is a little too fast for my tastes and the story could be touched up a little. But it is on the better end of the story spectrum in comparison to most stories. Hopefully the author improves as times goes by and creates something amazing.

This was a fun series. It had its ups and downs, but more ups than down. It didn't fall into the pit many xianxia type stories do of endless power scaling and ever higher stakes yet still having much the same plot lines, just with bigger numbers and flashier moves.

The horror elements were pretty interesting, and certainly played up quite a few times-more for the POV chapters for the younger main characters with a lower power level, but even Jianmen and company encountered some pretty near cosmic horror level stuff in places.

There were no explicit romance scenes, all the mature stuff was gore and horror related. Many, many a gruesome death and crime scene with supernatural killers and monsters in this series

A downside to the story, or maybe just a quirk of the author's writing style, is frequent parallel plots, often having plot A go for a while, then hitting a cliffhanger and switching to plot B with the B team characters doing stuff. At some points I think there were like 4-5 simultaneous going on at the same time, with perspective shifts being very frequent -

"Hurry A team, we have to stop that army!" "Wait, nvm let's go to B team and see how they're doing investigating that haunted house." "Oh, on to C team and how they're doing in the magic school!" "And now for D team off in space gathering moon rocks." "Ok, now back to A team and continue with the big battle having been going on for a while now." "And now a quick pit stop with E team to see how life back at the inn is going."

At least there were a fair number of plot points and foreshadowing things that ended up being relevant later on, such as (major spoilers)

detonating a macguffin thing near the end and causing the big final battle to happen because of they blew a hole in reality.

Other mildly annoying recurring side character

Emilia basically had plot armor for the entire story, surviving when she absolutely should not have and even after going red ring of death mode and over drafting her power while using cursed items, she ended up getting out perfectly fine because Villain S wanted to steal her body, meaning she had tons of high level healing resources out into her so she didn't lose her special abilities and even didn't suffer permanent backlash from over-drafting her power or using the cursed items, but the maid that was taking care of Emilia just "happened" to pick right then to have her crisis of consciousness and allow Emilia to flee after having been told of Villain S's plans for her, even knowing Emilia would kill the maid on her way out to prevent any loose ends-Yep, maid who'd been with Villain S for an unknown number or years picks *just then* to have a suicidal crisis of consciousness where she willingly lets herself get killed just so Emilia can escape alive. That is some shoddy xianxia protagonist levels of plot armor right there, and it's far from the only time the universe seemingly bends over backwards to keep Emilia alive-and Emilia's power of limited precognition only can be stretched so far before it becomes outright "yeah, she should have died here-no ifs or buts about it"

But still, it was a fun ride. I had something else to add about the ending and an ending spoiler, but this review thing is really buggering up a lot and not letting me actually put it in a spoiler, so I guess it'll just have to go unsaid. Oh well-I found the ending pretty satisfactory 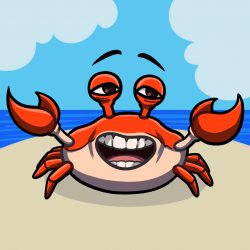 Celestial Teahouse System [Slice Of Life LitRPG]
By D-839
“I guess this is the end of my lifespan? How pathetic.” An infamous Immortal Emperor from Black Heaven Realm was at the end of his lifespan as he shut his old and wrinkled eyelids, awaiting his impending death with a hint of regret.

East Meets West (Cultivation World)
By OROCHIsBLADE
(The MC’s name is Raj, who changes his name to Orochi later in the story) Raj/Orochi is reincarnated into the world of cultivation. He is excited to be reborn in an anime world that he has always dreamt about. After being reincarnat

This Young Master is not Cannon Fodder
By D.C.Haenlien
On the surface, Xi Tianyi was the only son of Sword Empress Xi of the Buzhou Immortal Sect, the number one expert in the Huang Realm. His birth was noble, his status exalted. But the truth was that Xi Tianyi was actually a reincarnated man from a

Reborn as The Heavenly Prince
By AlucardV
My name is Feng Cai, ninth prince of the Immortal Sacred Heaven Empire and the only son between the Heavenly Emperor and Empress, or at least that is what everyone else believes in. In reality, my real name is Jack Bakers, an average human
Action Required