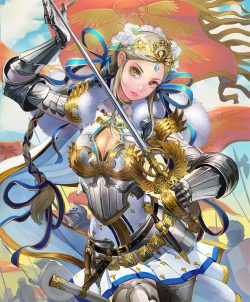 Chuck is a renowned hard gangster, always down on his luck with his love life. Even at age 40, Chuck remains a virgin, despite his ardent effort to get a girl to love him. Every time he is about to get laid, some weird twist of fate messes up his shot at losing his V.

Being one of the supreme beings of the planet, he is embroiled in the world of the supernatural and gods, which was too big for his limited mortal strength.

His fate gets tangled with a goddess and the matron Succubus of the seven hells, all three hoping for a chance at survival.

Soon, he understood that the almighty is not all benevolent and quite selfish in nature.

Having been forced into this epoch changing fate and the threat of extremely strong enemies, Chuck walks his own path of power involving obscenity, and schemes.

Doctor: No, no and a definite no.

Doctor, you don’t have to so sure about it. Medical miracles happen all the time.

Doctor: A desperate creature always tries to be hopeful, but let me dumb it down for you. You have never masturbated or had sex or ever ejaculated in the 40 years of your life. Your sperms crystalized, which turned your balls into rock hard fossils. Your hormonal production went ‘kaput’. By the way, kaput means broken or useless.

I know what kaput means!

Doctor: Sheesh for a man with crystal balls you are super spunky. As I was saying your entire sex system is ruined. Being suppressed of sexual thoughts or sexual actions for so long, your body forgot all about sex. Your body forgot how to get a hard-on. That’s the end of my counsel and as a sympathy gift for the man with the useless d*ck, I advise you against using the little blue pill aka Viagra.

I know that Viagra is a blue pill.

Doctor: You know a lot of useless information for a man of your situation. Well keep away from medical stimulations for your broken d*ck, as the most hopeful thing that you can get from any sex medication is high blood pressure and a heart attack, but hey the news channels will have a field day covering the news of you being dead from trying to get a hard-on. Ha-ha-ha-ha.

Doctor, I will be leaving…

Doctor: Ha-ha-ha-ha, nurse, send the next patient after 5 minutes. I will need some time to laugh.

Female voice: Hey don’t beat yourself up over your non-existent sex life. Though miracles are not that common, they do happen!

What! Who?! Who just talked to me!

Female voice: Don’t look around, silly, you cannot see me unless I allow you to look at me.

A Pervert’s World
By Slayer104
Our protagonist reincarnates in a Free-use world where sex can be bartered for. *Every kink will be explored in here. So beware.*

Thaw
By Dark_Sun_Morrigan
In their dying moments a cleric of the goddess of winter is visited by their deity and given a second chance at life. Their new life begins in the boreal forest of the Nebelwald, within the small village of Imerre where their past and future meet.
Action Required