When forced to meet with a self-assured Psychologist, Ray’s recounted visions sound like a cross between allegorical prophecies and the vain rantings of a lost, deluded flake.

But when Ray describes the lifting of an unearthly, oppressive fog, the Psychologist’s golden-ticket method uncovers far more than either could predict.

As if captured in gaps between dreams and consciousness, Stripped and Sold for Parts is the story of various beings existing in many worlds amongst random real events and things unexplained—worlds where…

…at least three non-humans come to question their humanity.

…at least one unsure artist is forced to reexamine life’s priorities.

So, why the lack clarity on what Stripped and Sold for Parts is even about?

Well, if Ray or the Psychologist were to reduce their story to just a single word, both would surely tell you only: “Watch…” 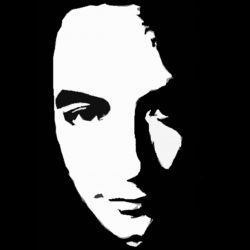 Katalepsis
By Hungry
Nightmares and hallucinations have plagued Heather Morell all her life. Diagnosed with schizophrenia as a child after the loss of her twin – a sister who never really existed – now struggling with her mental health at university, Heather te

Newly Not Cis
By DetectiveRed
James was woken up by the feeling of his insides being shredded. His chest hurt, stung and ached. His hips felt like they were being twisted and sculpted from within. When morning comes around, he wakes up in a body that doesn’t feel l
Action Required