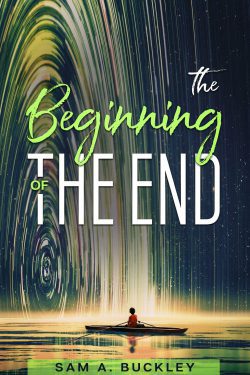 When Dr. Julian Blake joined the fight against the Immortals, he never expected his death to be the greatest weapon against them.
Ancient beings who sacrificed their eternal souls for immortality are closing in on AngelThana, the organization responsible for protecting the Earth. AngelThana needs to switch tactics.
Enter Julian Blake, one of the dozens of scientists hired to devise a solution.
Julian never would have guessed that his obsessions with death and the afterlife would have led to his death. He certainly wouldn’t have guessed that these passions could have brought him back. But after finding himself floating peacefully down the river between life and death, Julian can’t help but explore. After all, it’s the end of his life. It’s his only chance that only comes around once.
This curiosity leads Julian astray, off the edge of the river and back to Earth. Alive again, Julian now has as many chances as he needs to defeat the immortal scourge and hopefully find a way to save his damned soul in the process.