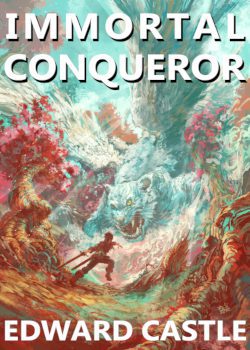 Aaron hadn't had a good fight in ages. No one in the known universe could give him one, he was just too strong. So, he was going to search for it in the unknown parts of the universe.

That's when a portal appeared in front of him with a message: the dimension on the other side was in danger and requested his help.

However, inter-dimensional travel came with its own rules. One of them was that his overwhelming power needed to be left behind, that he must tread the path to power from the beginning all over again.

Not that it would truly hinder someone like him. Excited at the prospect of having found a worthy opponent, he stepped into the portal.

On the other side, he found a medieval world controlled by a mysterious system. Holographic panels appeared at a mere thought, defining each living being in numbers, determining their classes, and changing their very selves.

In a world where power reigns supreme, the morale is fluid and the enemies are diverse. But they weren't prepared to deal with him. 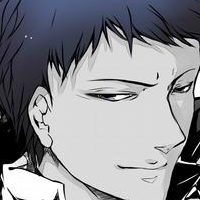 I like when an author goes back to correct his story.

I saw notes on the early chapters indicating this was so. So that immediately won me bonus points. I didn't even find any typos until I want to say the eleventh chapter.

I commented just about everything I found, so I think it's likely when the author has a spurt of time, those will be gone as well.

I'd say it's likely most readers won't find any grammatical flaws in the first two books. Compared to many web novels, that's absolutely insane, so high props for English.

English aside, the quality of writing isn't quite mesmerizing, but it's definitely way above average. I think it's very suitable for a web novel. By this I largely mean how immersive the writing is. It's definitely high enough to drown yourself in several chapters, or spend a whole weekend reading without getting annoyed.

As far as another common annoyance, annoying characters, I'd say this doesn't have any. I mean, it does, but the main character also finds them annoying, so that's not really the same.

The only people without a clearly explained motive are those... How can I say this without spoiled. "Who don't have eyes and can't see Mt. Tai." Literally. I'm not really clear on what they were doing, but I think they're just jerks and puppets in a larger scheme, so it's fine. Everyone else has clear enough motives. Though the... Sapphire Daughter, I think she was? I really don't understand her motives, but she's actually an idiot, so that's probably fine.

I appreciate that it's simple enough to say there's smart characters and dumb characters. It shows some depth to them. There's a definite world here, more so than this unstructured review can show, and that's wonderfully worthy of praise.

As for the main character, his backstory and motives have been clarified. He's not really a bad person. He's definitely a largely merciless person. I honestly don't care. I think such complaints are idiotic. As long as the character has an explanation, and isn't just acting randomly, I'm quite satisfied. While I'm happy with antiheroes, this isn't one. He's closer to a pragmatic hero, I guess.

Overall, I think the story will develop well and explain what I don't understand on its own. Outside character motivations, for literally only maybe three people at most, absolutely everything makes sense. The world, the abilities, everything. Well. Not why you're reading this instead of the book, but that's forgivable.

Highly recommend. Definitely a bit of a hidden gem, based on the number of views. I found it by searching male protagonist and clan building, of which this was the only one that hit above my minimums. I wouldn't say there's clan building - yet - but he's setting in that direction for sure.

Well, what’s there to say but amazing. Lifelike characters, logical power system and overpowered protagonist all blended together in a brilliant mosaic. MC was a supreme being in his previous universe and leaves to save another due to boredom. He is restricted by a new system but uses his experience to find a way around it rather than blatantly disregard it, all in a logical and believable way. He has his own principles, dictated by a fine balance of his morals, pride and reasoning. He doesn’t take sh*t from anyone nor does he harm anyone unless necessary. He is what I feel like an almighty individual would look like if they came to the mortal world. Overall it is a very enjoyable read

Listen to me when I say this; take Aaron’s advice and listen to him the first time.

The character development focuses mostly on Aaron and bringing in submissive (not s*xual... yet?) members to build his power. He is arrogant and brash. Smart and strong. Vilified and chastised. However, he believes what he believes and is not going to change it for anyone.

One of his main strengths is a belief in himself and going by his moral compass. Never changing.

This is refreshing to me after constantly reading the “humble, scared, afraid” protagonist archetypes. Aaron won’t seek you out unless you challenge him and then court your own death.

Make sure to never draw your sword to harm Aaron!

Vampire and the Implausible Cube
By Gnak
Valerie finds herself stranded in a fantastical land of magic, with unknown dangers and no possessions aside from a mysterious, Rubiks Cube-looking silver object that follows her around no matter where her adventures take her and proves to be an i

Reincarnated As An Atypical Merchant Vol. 1
By CautiousTitan
At 18 years old, Owen found himself mysteriously reincarnated after dying from unknown causes. Upon entering Adrios, Owen was blessed with the legendary ability of ‘Creation’, which was intended to be used against the two Demon Lords.
Action Required