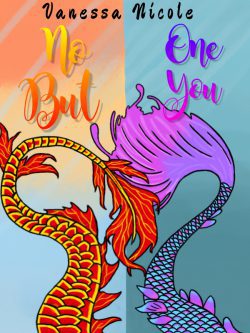 Chapters every Thursday and Sunday

Qykerth is brought to the reality of life when he finds his mother's body the day after his father leaves them under the excuse he will be out cultivating when his mother knows the truth.

Qykerth blames himself for his father leaving because he was incapable of living up to his father's expectations as a cultivator and descendant.

The loss of his mother brings unfathomable pain causing the power stored inside his body to explode, taking three lives with it, but a mysterious man finds Qykerth's body and grants him a second chance to live.

Prince Queseon believes that his father's acts of keeping the humans out of the waters is ridiculous and ventures out into the world and meets a particular creature.

As the two of them spend day after day together, both boys fall for the other but live with their unrequited love.

Unable to take it any longer their fates connect, they separate and a child is born who faces obstacles a child should never face.

Tales of the Rebirth Apocalypse Emperor
By AmateurAuthor
Have you ever wondered how your life might have turned out differently had you made different choices or decisions along the way? Sometimes, life does give you a second chance. However, it is you who decide whether that second opportunity counts…
Action Required