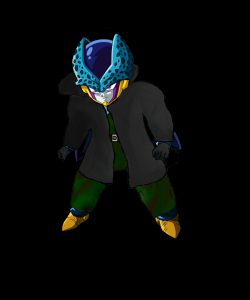 He was busy making a picture of the moment Perfect Cell went a type of Grade 3, when an upcoming serial killer was born, targeting everyone inside the apartment complex, later, the Police would call the incident a bloodbath.

After being stabbed in the back, as he slowly bled out, he wished that he could’ve been stronger, or maybe remembered to lock his door, but that didn’t matter now, he slowly faded out of consciousness. Suddenly, after he thought that he would finally die, he felt a warm and gooey embrace, and, before he could question anything that was happening, he was sent tumbling onto a white tiled floor.

This is my first attempt at a Dragonball Z fanfic so I would greatly appreciate any criticism so I can fix any issues early on, the story isn’t set in stone, I’m just kinda winging it as I go along.

ANY suggestions will be taken into actual thought, I will look at ALL COMMENTS, even on the old chapters.

I have a Discord server now! Message me for an invite.

RE – Naruto Universe
By AzWings
You just need one person to actually change his/her action. Instead of originally left you went right, instead of not originally acting you actually acted. That one act resulted in a change that created a parallel world. Lei is

Reborn in Naruto As Madara’s Grandson
By ForgottenLife
I read many Naruto fan-fics lately where MC was reincarnated as many characters from Naruto, but I never read any about one being born in the possible lineage of Madara. So, here it is:- ———————̵

Exploding Attribute System In Douluo Dalu
By BlackDragonSovereign
Someone from Earth reincarnates into Douluo Dalu 1 as someone from the same village as Tang San, Saint Spirit Village. He awakens a system when aged 3. The system enables him to beat up people and get drops from them. He can beat out mental power,
Action Required