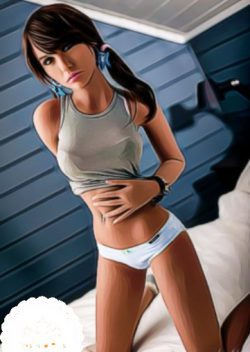 Alison Ranquest was a survivor of the incursion, the event that ended the world as we knew it. Two dimensions clashed, one was Earth and the other Arcadia, a land of fantasy.

He was part tomb raider, part dungeon explorer and scavenger on the joint lands.

One day, he stumbled across a powerful relic, one that promised eternal life. But he was hunted down for it and was killed by the very leader of the team he was part of!

Vowing revenge, he came back to life. This is his story of vengeance

This is an entry for the Metus Contest, including all 3 themes
1. Halloween Aspect Theme - It's about a world with undead, zombies, liches, vampires, elves and succubi
2. Life Craft - The Protagonist is an obsessed tomb raider.
3. Organized Crime - Arguably, the many families and teams competing for tombs behave like mobsters

Cartoonized Cover made by me using https://www.befunky.com/ from a picture of an sex doll

This story is also posted on RoyalRoad.com

with fantasy and gender bender elements makes it quite a kinky one.

The Dungeon Master
By Liampark
Daemon awoke in shock. Wasn’t he dead? Somehow he had been given the powers of a dungeon master, tasked to created a dungeon that runs on emotionally charged energy. Instead of creating a normal dungeon full of monsters, he decided t

Morbid
By Bokuboy
Arnold was a strange child. Not the normal strange, he was too odd even for that. There was something wrong with him. No one could really tell until it was too late. He had become Morbid. Please Note: I publish daily.

Evil Tree
By BoblePoissonRouge
The story of Bazil, a man whose dreams of villainy are repressed by society and is being reincarnated in another world. Follow him, or rather it, as it found itself being a simple plant. How will it conquer the world? It doesn’t know

Blood Destiny
By Awyn
Blood. Everyone has it. Everyone needs it. The part of us that we can’t survive without. Destiny. The way you walk without realizing it. The path in which people denied to exist. At the end, is it t
Action Required