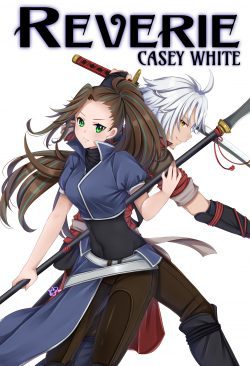 Natalin thought that being a champion of the gods was supposed to make things easier.

It turns out, life isn’t that simple.

For centuries, the four gods that rule the land have each chosen a hero, a mage-warrior to act as eyes and hands in the world. Gifted with their Divine’s blessing, these Ascended and their successors have worked through the ages to ensure the land stays at peace.

As the new Tideborn, the disciple of the sea god Efren, Natalin is expected to follow in their footsteps.

Her counterpart Takio finds himself in the same boat, tasked with keeping his volcano goddess patron in check. The demands placed on them are immense, but together with their nations, they’ve managed to keep the peace.

When the very safety of the four champions is threatened by the growing chaos, Natalin and Takio realize the truth - their Divine favor won’t protect them.

And there’s more at play in their ‘peaceful’ world than they’d thought. 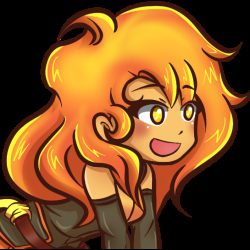 I wanna Hide
By carrotkisses
Annika got transmigrated in to a novel. God must have hated her and put her inside the body of the second final boss, a villainess. The character is not just a normal human villainess but a hated demon. It would have been better if I was a

Plague Children
By Yuumei
Years ago, in the country of Sei’O, a plague spread and turned half of their population to stone. The children of those infected were born with skin abandoned of all color. Completely grey, they were known as Plague Children. Though t

Tale of the Legendary Magus
By Belg4r
A magical school. A talented boy. Things should’ve gone perfectly, a talented magus should’ve been created within the walls of this school. Yet it is now, now that he is here that all these horribly dangerous events transpire. T
Action Required