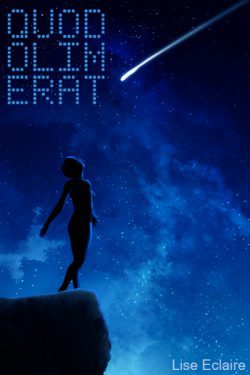 The stars were home. Decades ago, Elcy was a battleship, until her recklessness brought her out of the front lines and to forced retirement in a human body. Now she lives a quiet life on a rural backwater planet, keeping the promise made to her last captain, until one day a letter takes her to the stars once more.

I have read a few sci fi books and many more webnovels, but so far I can honestly say that if the chapters each weren't so short, maybe a few more pages long, this could be published, have an adaptation made, and maybe a prequel of Elcy during her battleship or caretaking years made.

The story is very intriguing and though the concept is by no means new, it somehow seems a very original take on how an artificial being adapts to being human and dealing with the sense of loss that's so human yet somehow alien and artificial to us.

The characters focuses on Elcy and how she deals with her new environment, being the one taken care of rather than being in charge, having to do things physically rather than with a few lines of codes, being unaware of her surroundings rather than practically omniscient, and most of all defense less rather than being jacked with weapon systems to the max. On the other hand, development for the side characters don't seem as quick and appear to be tools for Elcy to develop rather than being actual characters themselves, example being Alicia who appeared for a while, changed a little, and then disappeared while Elcy went through an entire phase of being alienated and lonely superior being to awkward girl in an awkward position in the same amount of time. Clearly there was some development but I would have preferred the sides to also get a little flavouring.

All in all I would give a five purely for being an exceptionally enjoyable read but can be improved slightly. 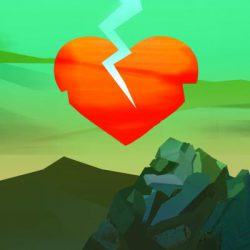 The Exploiter
By MarekSusicky
My name is John, and I used to be a tester of the VR-RPG fantasy game. One day I got fired because robots and AIs had replaced even my job. So I went to the pub and got wasted. When I had my tenth drink, my hallucination materialized as a y

Who cares about an Isekai? Surely not me!
By Sunrhae
Ran just wanted to be left alone. She just wanted a nap. She suddenly woke up on her way to an Isekai and told she was now a Hero who would fight the Demon Race alongside 11 others. So what if she could design her skills and body? So

Maou Shoujo Magical Chaos
By Meakashi
Death and Reincarnation. Kuroe Makoto, the tomboyish ace of her high school track and field club, never spared a thought for these things before. However, when she falls asleep in her Tokyo home after an exhausting marathon and wakes up in
Action Required