A new drug has taken the Country of Ridenland by storm: VamX. And not only has the drug been taking over the streets, but the vampires are starting to go missing.

None of the police cares for creatures, making it difficult for the drugs to clear from the streets because they do not want to look for them. And for VamX to end, they need to find the disappearing vampires.

Now, after two years, VamX will ship out to other countries, which would lead to the destruction of the world due to a high death rate in the population. The police have four months to get rid of the drugs before the world will never be the same.

And it will take one man to end it all: Detective Renee. A man with the highest success rate in clearing the streets, someone that everyone respects.

But, secrets are surrounding Renee that will cause the case to derail and possibly end his career for good. And the first secret starts with his mysterious “wife.”

Can Detective Renee save the country by getting rid of VamX, or will his secrets cause him to lose it all?

Genre
ActionAdultBoys LoveDramaFantasy
Tags
Cross-dressing Detectives Drugs Fantasy Creatures Police Secret Identity Secrets
Show
Table of Contents
Write a Review
Reset Filters
X
Write a Review
You must be logged in to rate and post a review. Register an account to get started. 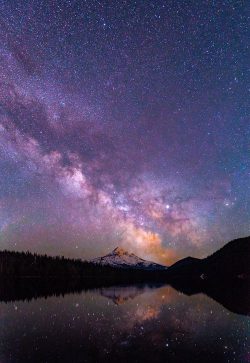 Villainess Days
By KaPi
Nadina Hearth, died at the age of 17. Cause: A truck driving out of her TV screen. ——- Then, a ‘goddess’ named Miranda offered to reincarnate her into the world she ruled, and Nadina readily accepted. Some

Flock of green butterflies
By yurei
this is my first story, well see for yourself. This is a story of a gamer who got stranded in another world. When he noticed he is inside a forest and his body has changed to that of his character. How will our Mc adapt to this?

Cross World Project
By Gerazzza
The protagonist, having lost his parents with no relatives to take care of him and his little sister, was in a dilemma. Having no place to live and unable to get a job to support both him and his sister considering he’s just supposed to star

The Doomed and Blessed, 13th Young Miss (Vol 6 Published, Completed)
By TLCsDestiny
A transmigrator happens across a ‘Doomed’ place and is forced to live under bad circumstances… Her instincts help guide her way and she has a personality that makes people warm and happy…Yet, she’s so distant. Being attracted to not on
Action Required