Coeus Mai died at the age 37, she was killed by a truck right after she robbed a jewelry store, apparently while she was fleeing from the police she accidently pushed away a little boy that was crossing the road whom was suppose to died in her place instead. The God Komos mistake this as an act of bravery and gave her a second chance at life, she was to be reborn as Mania Laxus in the same world and will live a comfortable life as the daughter of a wealthy parents. When she reincarnated back into the world the first thing that she realize was ...... she still have her pass memory, did the dumb God forgot to erase her memory?

8 year has passed since her rebirth, Mania enjoy her luxurious lifestyle to the point that she began to get bored of everything, just as she was wondering what to do for the day, a loud crash was heard and the last thing she saw was a plane crashing into the living room. Once again Mania arrived at the realm of god and in front of her is a familiar face from her past life. The moment she knew it's the same God Komos, she thought to herself "It's time to have thing goes my own way".

If any of my amazing readers really think that you can afford and do have the ability to support me, I would really appreciate all the support you can provide for me.
https://www.patreon.com/zesshilavi 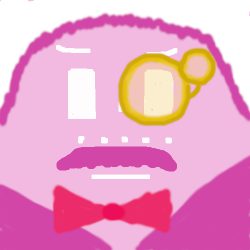