Dalric had many names. None were as fitting as his last, Dalric the Deathseeker. Born from an unwanted mating between the greatest warriors of the time, death was his only true kin. It birthed him, molded him, and now standing in the middle of a lifeless battlefield, it drenched him. The blood of thousands of soldiers soaked his skin. Two hundred thousand men approached him that day. All of them sought his life, none of them left with theirs. But they would not die in vain, they had accomplished their mission. Hidden beneath a thousand layers of their blood, was Dalric's very own.

Feeling his life fade, he gazed weakly at his work. A seemingly endless array of corpses laid battered and disfigured before him. Some bore faces of horror, most had no face at all.

His most trusted companion floated in front of him, blocking the view. Waves of sorrow flowed between them.

“My time has finally come. I’ve begged for death and it’s finally arrived. My work is done...and so is yours. You’re free to be who you were meant to.”

With his contract with the gods fulfilled, they were truly free. The centuries of torment would end. No longer would they have to walk the path of a monster.

Little did Dalric know, the devil was in the details.

What To Expect: A good time. In a few more words than that, a cast of believable characters in a unique world dealing with conflicts and problems a little bit more complex than punching the big evil guy in the face. Just a little though.
Minimum Word Count a Week: 5000
Release Time(s): Between Friday 12pm EST and Monday 6am EST 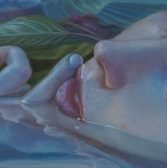 You Reincarnated as a Cursed Sword
By YuujiEveryleaf
On your way to Bora Bora, your plane crashed and you now find yourself reincarnated inside a cursed sword. Will you fight for the good in the world? Or embrace your malevolent origins? Adventum contest theme: Reincarnated as an

One Piece: Reborn as a Skypiean
By Master_4thWall
He rose from the rabbit hole, only to fall into the abyss, Death. Death wasn’t his end as Fate had planned something else for him. A new life in the familiar world of pirates and admirals. As a member of the not-so-special Wing
Action Required