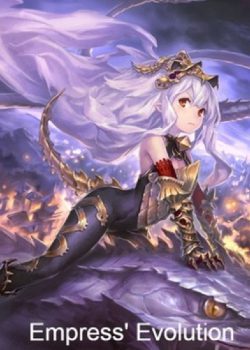 The bright red light of the flames swallowed her vision but soon that red light transformed into a blue hue and she was dragged into that light.

It was too bright and she was forced to close her eyes, she was blinded — even though she was already dead.

After being pulled into the light she began to feel annoyed as her skin was irritated by some kind of rough sand.

By the time she opened her eyes. She could see the full view of the sky. It was blue and there were clouds scattered about.

She stated as she rubbed her head with her fluffy and furry ‘hand’.

She looked at her ‘hands’ and her mouth opened wide. Her hands had become soft and fluffy paws of a white-furred beast with purple spots.

She touched her face with her paws and confirmed that it too did not belong to a human. Below, she felt something was moving, she can tell as if it was another limb connected to her.

Turning her head around, she found a seven-inch tail sticking out behind.

‘Phew!’ She felt relieved that it wasn’t what she thought it was.

"These soft paws, this cuddly and fluffy hair, this cute tail — ah shit, did I become a beast after my death, or have I been dreaming of being human as a beast all this time? If it is the latter, that is one long and realistic dream."

Said a woman’s voice from in her head.

As always thank you for reading, also the image on the cover is not mine, I found it on Pinterest and thought it was cool and suitable. All credits got to the illustrator.

Also, this is a new type of story that I have not read about yet. Basically, I am writing an evolution novel without prior knowledge so I don't really know what is considered cliche in this genre.

I will be posting this story on RoyalRoad.com

Great read for a specific type of person, try the first few chapters; if you like it: you'll love it (it gets better). If not: don't bother, it gets darker

Our protagonist is a cold, calculating, but somehow lovable little monster.

She commits genocide before gassing and then burning children

She tortures, dismembers and amputates limbs from prisoners

She dropkicks a puppy in front of starving children, twice

All the while the little devil's every action is misinterpreted by her followers as that of a benevolent saint.

She is -in my disgustingly humble opinion- absolutely hilarious to watch simply be unleashed on the lovingly world-built world. She gets wasted with and repeatedly berates a goddess, makes a pact with a literal hound of hell, pretends to strategize whilst having an internal insult contest with an AI and swears to eradicate all of Olympus Kratos-style for hurting her doggo whilst somehow remaining a grounded realist to a terrifying degree.

Best part? She's not OP. She's strong but has to play glorified support. Unlike so many other reincarnated protagonists, most of her followers could swat her like a fly. She has to rely on being a sly, manipulative little sh*t to survive and it makes the story that much more unique.

If you appreciate absurdity and dark/gory humor this will be one of your favorite novels; minor grammar errors be damned.

It follows the "adventures" of a cold, ruthless freak who slaughters everything demons, beasts and humans. An enemy of humanity for sure. A true monster which makes Hitler looks like a kind boy scout.

How I am supposed to sympathize to a such of a freak? A terrible premise that basically ruins the pleasure and makes me frustrated of her actions.

So the story sucks: one star

characters: I already mentioned that MC is a terrible monster. I hate her. The other characters are fine but are destined to become slaves (servants)   of MC

Grammar is excellent, dialogues are easy to understand, story is presented flawless. It is obvious that author is very talented.

Overall: I personally didn't like the story- mostly because of the terrible deep sh*t that is the MC. I do believe that there will be people who would enjoy it. So give it a try. Read to chapter 20 and chose for yourself

I think it's pretty good. Some parts are gory, but the unjustified random murder parts are quite rare.