It started really nice, but then more and more things were introduced and now it just absolutely boring. Chapters are not that big and completely filled with unneeded dialogues. I forgot how long ago mercenaries entered the cave and how long ago MC started to kill them. It is like one interesting event for 3-4 chapters at best. And there are at least 3 groups of mercenaries, two groups of goblins and only one group of MC's pov. And they constantly switchin. Sometimes 2-4 times a chapter. And what's left is a dialogue "dude, I don't wanna go in that cave. Maybe we shouldn't?" But it takes about 20-30 lines. Wtf? There is just no space left for something interesting.

15 lines of MC's dialogue per 3-4 chapter? That's just awful. And MC sometimes does really dumb things just for the sake of it being dumb. That really irritates. It is bad enough because of how there is everything and so nothing, and then there is this. Author tries to write several plot lines at once and in the end writes nothing in particular. Haaaaaah...

You should've just written all of this from MC's pov. Maybe also mercs's if you want to show how MC crushed them from first person. And occasional pov for his girls. And that's it. 10-20 chaps MC's pov, 1-2 of another. Then it would've been interesting.

For now it feels the same as if you get some ingredients for your tea, pancakes and ice cream; some meat, potato, some noodles, tomatoes and even chocolate, and then mixed them together, boiled and dumped on a plate to eat. Little part of everything and it tastes like sh*t, when you could've make every thing separately and it would've been awesome. 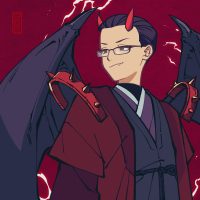 Freedom Blades
By Aesjamur
Freedom is something that i never achieved in my whole life, i fled father for freedom. But one cannot flee society… Oh well it doesn’t matter anymore since i’m dead. I just hope that sis’ will find her happiness, i should&

Wave of Isekai!
By Dungeons_Magic_Get
In a unknown Dark Space. Countless numbers of masses float around in the dark like fishes swimming in water. The masses range from all sorts of colors. Most of them are grey with some black and white thrown in, other colors also float around as we

An Automated Tale
By Chaos_Sinner777
The story of a lost soul bereft of personal memories, placed in the body of a machine. They have no knowledge of who they are, and even less of the new world they find themself in. Can they use their cultural knowledge from their former world alon
Action Required