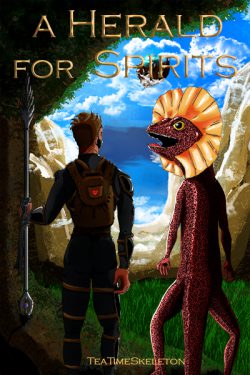 While on Earth, the Church secretly battles over the planet's destiny with multiple other factions; Gabriel was just delivering pizzas when he ended up in a battle among creatures that defied logic.

Sure, he thought, who doesn't love pizza? But do angels, demons, and big ass wolves eat pizza as well?

Gabriel was paid for his delivery, but the payment he got wasn't exactly what he hoped for, because for all his efforts, the man was rewarded with a lizard... and a world expecting a little too much from him than he was comfortable with.

Gabe will find himself in a different world, a world from which all Earth's current problems stem and a world to which he has more ties than he was ever told.

Will Gabriel and his lizard survive in a world so hell-bent on getting them to follow its rules, or will they die defying them? Follow their adventures on Alter, where elves, dwarves, orcs, and many more races share their existence with those of Spirits. Whether they like it or not.

Expected release will be 1 - 2 chapters a day, for now.

Given the abundant stack of chapters, there will be releases even on the weekends!

This series is being posted on RoyalRoad as well.

This story is a slow burn; I wanted to write something that felt at least probable, not the usual: man appears in a new world, everyone helps him, and he's fit and ready for the job!

Gabriel will need time to adapt to his new reality, as you'll definitely notice in the first chapters. However, when the action hits, it hits hard.

Something to know about me? I'm Italian; I love foreshadowing and Chekhov's guns (it should be clear by my avatar, I'm a One Piece lover, so I've learned from the best), you'll find a lot of those in my novels. So keep your notes to check for them, and don't forget to eat as much pizza as you can! 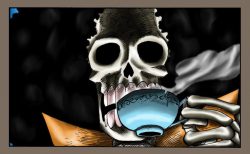 A Tale of Thorns – Screw being a Succubus . . . I’m gonna be a Mercenary! (hiatus)
By Petrichor
Attention: This Fiction is currently in an overhaul rewrite, beware of sudden changes and inconsistencies! Fleur Bellrose was not a good person by all accounts. In fact, one could argue that she stopped being human a long time ago.
Action Required