In a world where the gods' gift a chosen few with great powers, Sam Shepard is among the weakest of the weak. His crappy healing ability can’t even cure minor injuries without having to drain Sam’s own life-force to do it. Hero society doesn't think he's useful, and after failing to heal those he was tasked to save, Sam couldn't help but agree. It’s why he quit. But it turns out that giving up the hero life isn’t easy, not when one’s caught in the machinations of the gods themselves.

After Sam gets pulled into rescuing the hero, Thunder, he inherits a strange power from her; the training system that taught her how to become a top hero. It apparently holds the secret to leveling up one's power, a feat no one knew was possible. Not that it'll be easy to achieve...

A series of challenging missions and the occasional hero lesson from the system’s creator guarantee a lot of cuts and bruises in Sam's immediate future. But at least he finally gets the chance to go from zero to hero. Oh, yeah, there's also ghastly horrors and megalomaniac super-villains to contend with on Sam’s path to becoming the symbol of hope that humanity needs.

Release Schedule: Monday, Wednesday, and Friday at 9 AM or 10 AM PST. And sometimes on Saturday too.

Join the Discord server for my hub of stories: https://discord.gg/PB3nc3pvYY 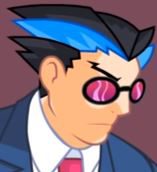 Most entertaining once you get past the opening bit. Looking foward to how far and deep this goes.

I'd recommend giving this one a try. Especially if you're a fan of Danmachi or Hero Acedemia. The grammar is excellent as is the sentence structure and descriptions. The plot is clearly going somewhere and at a good pace. The characters are also quite likeable.

One in a Billion
By Finlegost
My name is Xelean, since I can remember I always saw strange shapes floating in my field of vision. When I asked my parents about it, they looked at me concerned, perhaps thinking that I had a vision problem. Seeing his reaction I quickly said tha

Arcane Universe[AU]
By Dark_4
Synopsis:  A 100% immersive virtual reality game.  Amazing, isn’t it?  The human inhabitants of the planet Zarkar will pass through a new golden age.  Or maybe an age of darkness?  It all started… with a simple game and a young

The Harvester
By AhraManyu
Rakna was not normal. No, unmistakably not. Whether it was his appearance, his personality, his abilities, his identity, nothing about him had ever been banal. Was it his choice? No. He was merely but a tormented soul doing its utmost to live the
Action Required