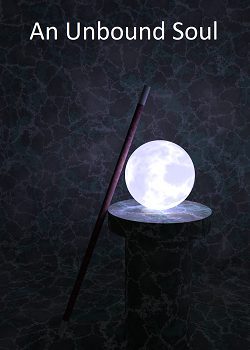 When Peter suffers a too-close encounter with a truck, he finds himself reborn in another world. At first glance it is a perfect fantasy land. There's magic to play with, elves singing in the forest and a hyperactive catgirl neighbour. There's even a System that lets him earn skills and level up. But it isn't long before he notices that the world is far too perfect. Just why is everyone so nice? Can Peter accept the alien morality of this world's self-proclaimed protector, or will he seek to overthrow her?

Set after the events of A Lonely Dungeon, a few hundred years after the rebirth of civilization, this is a story about an earthling falling into Erryn's new world and the subsequent struggles of himself and Erryn to understand each other. It's a slow paced slice of life, and while there are pieces of action, don't expect any immediate grand conflict between Erryn and Peter.

I’m shocked that this has no reviews yet, but I guess I get to be the lucky first! I read the prequel story and it really helps understand the world background. It’s a great story in its own right and I’m glad I read it first. However, I wonder if the protagonist’s confusion and curiosity would have been more satisfying if I hadn’t known the answers to the questions he was asking.

One complaint I have is the info dump for certain world mechanics. It’s just not interesting to read through. The first arc is pretty much the MC grinding his skills, but some of it is done in an interesting way (playing tag with his friends) and some is pretty boring (other characters telling him everything in long, dry paragraphs, or him going to the library to read long, dry paragraphs). Hearing the characters talk about the background story of the world is interesting, but I still have so many questions. I guess that’s not a bad thing, though — it keeps me reading!

The MC himself doesn’t seem to be anything special, which is typical for an isekai protagonist, and I’m amused by the explicit inability to capitalize on his past life’s knowledge for profit since magic does everything better. The world’s acceptance of his freakish intelligence makes sense for the background setting, but it would be nice to see other reactions. Given that interpersonal conflict is quite limited, I wonder how the author could work in other motivations for people to be interested in his abilities.

Knowing what I know about how and why the world operates as it does, my biggest question is if the MC will gain enough power to change things, and whether he’ll want to. To be honest, the author is going to have to do a lot to convince me that this utopia is somehow worse than the previous civilizations, so if there are fundamental problems with the world order they’re going to need to be really well articulated.

Overall I’m really looking forward to the next book/arc, and I hope MC gets to do some read adventuring now that he’s a little older!

He Who Fights With Monsters
By Shirtaloon
Access the discord here: https://discord.gg/CDV5SqM Book 9 starts with chapter 595. Earlier books available on Amazon: https://www.amazon.com/gp/product/B08WF8SB71 Jason wakes up in a mysterious world of magic and monster

Dungeon’s Path
By Akhier
The only places I have posted the story and allow it to exist are on RoyalRoad, Scribblehub, and my Patreon. So the world ended. Whoopsie? We didn’t even see it coming. Quite literally as it came at us faster than the speed of light. Don’t

NeoRealm – Staring Back Into the Future
By Akhier
The only places I have posted the story and allow it to exist are on RoyalRoad, Scribblehub, and my Patreon. Jason has just turned 18 and will be finally be able to play The biggest VR game out there, NeoRealm. Using a bit of knowledge from
Action Required