Thanks to the help of a cursed power, Ethan, a young hero, managed to defeat the demon king and his army singlehandedly. However, all that power came with a price, and the price was him stealing the memories of those he touched. Unfortunately, not even after finally returning home, that power left him.

A few decades after the start of the new millennium, people all over the world begun to disappear from Earth only to reappear after days, weeks, and sometimes even years after. At first, those people stayed silent as to where they had been, but after a while, weird information began to spread, these people had gone to other worlds… as heroes.

No one took that information seriously. However, when one of those who disappeared returned, bringing a horde of monsters with them, some people began to think that perhaps not everything was nonsense. After a while, the information began to receive more credit when a small country in South America got decimated by the horde of monsters. The same thing happened in Europe and Asia. After a while, it was learned that that happened because the heroes failed to save the other worlds and no even Earth had to pay the price for it.

Many countries decided to do what they could to identify and train those people to avoid future disasters. So, in order to train the future heroes of other worlds, many countries created their own summoned heroes’ school. This isn't the story of the first hero, but the one who had the power to steal experience from others... the exp stealer.

Daily uploads and an interesting story. Worth checking out!

This novel has a very promising potential with good characters and worldbuilding, although the grammar could use some work, overall I highly recommend this novel 5 STARS (while there are some minor things I don't like it's mostly due to personal preferences)

Very fun story, consistent daily updates (with the occasional generous extras), and an engaging plot. The system is good and characters have depth, the depth isn't great but it's more than I would ask for from a story I picked up for the system.

It's been an overall fun read. 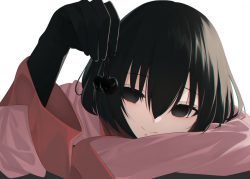 This novel so far has a good story and it's uploads are quick. The only thing is the grammar issues which are more frequent in the beginning but are found occasionally now

Ultima NPC: Part 1
By ThatRandomWriter
What would you do in a world you don’t know? For Alexander, now renamed Ultima, he decides to stay with the same organization that has enslaved and hypnotized him, and face the incoming dangers alongside it. What is that danger? Nothing less

The Lost Amnesty
By AkumaKira
Wang JoonChul, a part timer who bought a VR headset to finally play VR game, got home from his work. However, instead of playing a wonderful game, he ended up in another world with 999 other people. Trapped in a random world, and re
Action Required