Order & Fate: Rebellious Children is a series about a girl named Sumire Kato who is abruptly thrust into a world seething with murder, conspiracy, and drama. She must find strength within herself, rely on the friends she made, and uncover the mysteries of her home before doom reaches her and her loved ones!

Sumire Kato is an 18-year-old girl who has spent the last two years of her life alone in her apartment. She’s had little contact with other people and has no friends or family to communicate with. All of this changes when Sumire is invited to the Soteria School for Seekers, the prestigious school where Tenebris’s strongest study to become Seekers.

As she makes the most of her new school experience, Sumire is continuously haunted by her demons, which threaten to damage the connections she’s made with the people at her new school. Eventually, she is forced to face her demons in a big way when one of her new friends is murdered by an unknown assailant.

Sumire must overcome her past ghosts and find the killer with a clear mind and empty heart, lest her brother suffer the fatal consequences!

Thank you for reading Order & Fate: Rebellious Children! Here are a few things you should know before getting into the story.

First, the chapter-length varies between 1000-3000 words depending on the events. Admittedly, the first batch of introductory chapters is a bit of a slow burn. I want to introduce you to the characters before getting to the craziness, so if you're interested in wall-to-wall action and fights each chapter, then this may not be the story for you.

Secondly, this story is heavily inspired by darker shounen manga and anime such as Hunter x Hunter and Jujutsu Kaisen, with the fights and magic system in particular taking inspiration from Jojo's Bizzare Adventure. If you like anime, then you'll probably like this story. If you prefer Tolkien-esque fantasy, though, then this story also may not be for you.

Thirdly, I have a decent stockpile of chapters stored, which I plan on expanding upon each day. Because of that, this series won't be dropped or put into indefinite hiatus, and chapters will be released daily unless otherwise stated. I've done multiple grammar and spell checks, so there shouldn't be any immersion-breaking grammatical issues. If you do find one, though, please leave a comment, and I'll revise!

Finally, while this is my very first fiction, it's also a first draft of sorts. I plan to have this story professionally edited and published, so any feedback is very much appreciated!

Thank you again for checking this series out! The story is also available on Webnovel, Royal Road, and Wattpad. 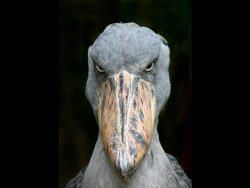 Thaw
By Dark_Sun_Morrigan
In their dying moments a cleric of the goddess of winter is visited by their deity and given a second chance at life. Their new life begins in the boreal forest of the Nebelwald, within the small village of Imerre where their past and future meet.

Restoration(Book 1)
By Valmond
Darkness ever so deep inside, hatred forever staining the soul. Power being but a double edged sword. Maybe it can do good as well as causing great destruction. A once mighty being, two halves once whole. One of innocence, the other of malice. Bot
Action Required