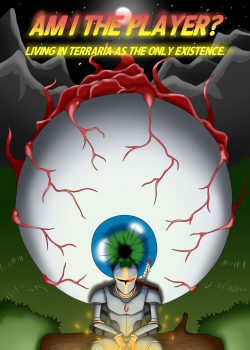 Aeron was your average guy, he was going to college this year but found himself trapped in his house because of a certain pandemic. Bored to death he decided to play Terraria once again as it was being finally updated.

One day like any other he decided to go outside to buy some snacks, however on his way back he found himself dead after being run over by a truck.
While waiting for his soul to be judged he "accidentally" falls to the void, a place where nothing is allowed to exist and his soul starts to be destroyed and erased. When his soul was close to disappearing, he is saved by the goddess of order that sends him to Terraria world and gives him the power of a Player and some bonuses.
However, The god of chaos that saw all this, decided to make things a bit harder, he changed aeron's course to an alternative version of Terraria world,
A world called: "For the worthy".

¿Will he survive in this absolutely horrific world where everything can kill you in almost one hit?

******************************
[English isn't my first language, but i'll try to make things readable]
[As you may know i don't own terraria]
[The cover was made by ME]
[I'll try not to drop this as I'm doing it because I have nothing else to do, and i saw that no one makes Terraria Fanfictions]
[You know what? Don't trust me because i'm very lazy and i could drop this at any moment]
[I'll try not to]
[That's all]
[PD: The world MC is sent is a bit different to the normal Terraria, as it will have humans, kingdoms, and all that.]
[Also check "The subtle World Of Terraria" on wattpad, it's pretty good, not like mine will probably be].
[Now i'm out boxes].

I'm kind of new to reviewing stories, but I will try my best...

This book is a book which your life needs, especially if you're a fan of Terraria or a humanist.  It hands the MC a lot of power through already gained cheat skills and possibly future cheat skills, but the monsters are so OP that to even stand a chance he has to train hard, and there's something satisfying about that.

And chapters come out really fast, which helps keep you interested and hooked to the story.

I've been obsessed with Terraria lately so I was a bit excited to see a Terraria fan novel created on here and decided to give it a go. I was already disappointed at chapter 1 with the gods apparently having nothing to do but to mess over a single persons life with barely any reason other than 'I'm bored' but I kept going.

Story is mediocre, humans weak MC weak too but slowly getting stronger though not OP but it's really hard to tell because he's bragging about killing goblins when it took like 20 hits to do it. Seems the author thought of a basis for the story. Also I might have missed a detail but he summons like 10 birds from the Finch Staff? I didn't understand that part as in the game you can only summon one.

Character development is the biggest flaw, I honestly didn't feel any emotional attachment to any of the characters and when they died I was like oh ok keep moving on with the story. They don't have any personality nor given any time to develop anything as it seems a bit rushed at times. The MC is a bit of a bore with few attempts at character development that feel more forced rather than natural.

I've written my opinion on this and it may seem like it is a horrible story but it has potential and seems enjoyable for others so give it an attempt rather than deciding from my review. 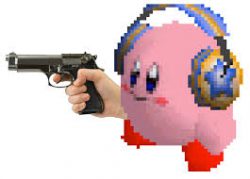 This story is just... really good. As someone who loves terraria, I don’t know a better way to describe it.

Like everything, it’s not perfect. There is one time skip that I’m not 100% on board with, and every so often the Pacing is a tad fast or uncertain, but overall, it’s just solid. 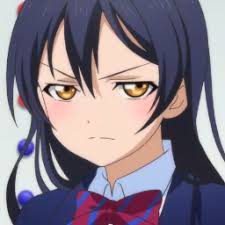 Story Development - 5 | Not too fast, not too quick.

Honestly just don’t like even consider this novel as a full on “reincarnated into a game world” novel because it sure as hell isn’t like most. Considerable changes have been made to the plot of terraria to the point where it’s basiclly unrecognizable, only the enemies have familiarity in them and even then, always imbued with that touch of realism. There’s a proper main villain and plot line, so don’t worry about the MC exploring and grinding aimlessly (he tries but never gets the chance.) This isn’t a novel where the MC just gets op and solos everything because he sure as hell can’t, always needing some form of crucial assistance from other people to beat a boss above his level. Overall great novel. 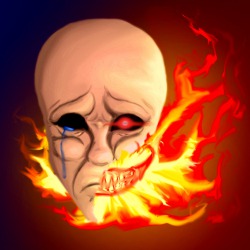 Solo Player Rebirth!
By L0rdGr1m
Every year thousands of people get teleported into a gamelike world where they have to fight for their lives. No one has ever completed the game and the 9 pillars which are the strongest players are not even close. But the hope of completing the g

The Game Of Creation
By TheNovelDeity
The Game Of Creation Nathan Garner, your average lazy guy in an average office job. But, what happens to him is anything but average. After unlocking an achievement in a game he becomes a real god of creation. Watch as he is thrown in

Trickster’s Song [A LitRPG Portal Fantasy]
By TomOBedlam
After a drunken college ritual goes very wrong (or very right), Robin wakes up, naked, in a world of dark priests, angry kobolds, and Lost Gods. The priest wants to crush his will. The kobolds want to catch and eat him. The Lost God, well, it̵
Action Required