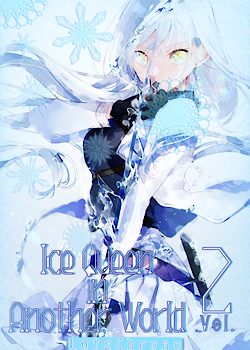 The game's set. The players' known. And another addition comes in the form of the once-forgotten Deadly Sins.

We continue the adventures of Claire and Alicia, partners in an isekai, seeking to stick a middle finger to Gods and Heroes as they navigate tropes.

Yet, it may take more than just being overpowered to flip a game board on its head in a world where their enemies are broken as well, and more than three gods may meddle.

Who is the Hero Killer?

Who is the Sword Saint?

And what's an isekai without some twists and turns? For a game without errors, bugs, or loopholes does not exist.

"Become my Guardian and seek out the others. Take from them that which you lack. Then win this game of ours."

She stared in the face of that declaration and made her voice known, "What a lyrical mass of bull. I'll take what I must but I promise no more. I'll win this game as I see fit."

Oh, what an Ice Queen.

*Arc 1 completed on Wattpad; advanced chapters on it, as well.
*A previous volume exists.
---

Kofi: https://ko-fi.com/lotschrono
My Discord Server: https://discord.gg/vwKhVUR
*The cover image is not owned by me, but merely used to make the cover for the novel. In fact, any image used in the story does not belong to me. The story, however, does belong to me.

Good book I'm just writing this for the fact I'm first to write a review on this book also have a cookie ?

The Reincarnation of Alysara
By Comiak
After being reincarnated as a busty fox-like race in a fantasy world filled with magic and mysteries Alysara finds herself blinded after getting a cursed skill. Now she must train her ability to sense the mana around her and discover what mana and

The Revenge Story Of The Holder Of 【The Archives Of Knowledge】 In Another World
By Kurokaze-Ryo
Kirishima Soma, a boy living in a post-apocalyptic alternate universe where magic exists is summoned to another world by the self-proclaimed Goddess of Love and Justice of that world only to be disposed of because he was too smart for her taste.

When I Got Reincarnated As A Spider With My Goddess
By Noel_Elitia
Sixteen years old Sachi, along with her classmates dies in a school bus accident. But then are suddenly brought back to life in the divine realm where the Gods offer them another chance to be reborn in another world in order to restore stability i
Action Required