Twelve seperate Islands? No. Worlds. They aren't connected to each other Earth is one of them. The earthlings just cant see the other Worlds even with magic. They are just trapped in a magic border (3D square) created by the 11 World Lords, Beings that possess tremendous amounts of Power, so be it Strenght, Magic, Endurance, all of them differ. What about Earth's Lord? Oh hes just a person who reincarnates other people to the other 11 worlds, oh whats that? Aren't they supposed to be not connected? No its just the Earth's Lord is just the bridge in a humanoid form of an old man that only allows certain people with a offer they can cross to the other worlds. Just not Earth, why? Nobody knows why about earth, the reincarnators also doesn't even renember their past, while the other world habitants cant go to earth they can go to different worlds. Oh and he can also grant powers to others.

Thats where our main character of the story(not) comes in! where he died by our typical "accidents by God" in Earth now he has the choice(not) to choose(not) his powers and his looks be like in the next world!(random. World 12 is earth 11-1 are the others.) Where he can be free(not) to do what he wanted! Oh theres also magic, and there was something he will not like about it soon. But he will learn a lesson a fatal lesson soon.

Prequel of Hero? not anymore.. but with the demon lord?
If anybody will ask why "prequel" appears I have my reasons. (Same slow updates Warning, including the first chapters may contain dark emotions/dark stuff) 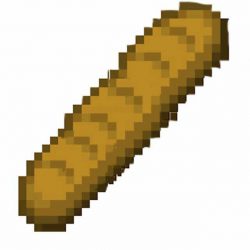 Reincarnated as a… Completely Average Person?
By Newfypuppie
“You’re reincarnating as a normal person” “Wait! Don’t I get a cheat skill or something! Like other Isekai heros!” “You wasted too much time in heaven!” “Not even a single
Action Required