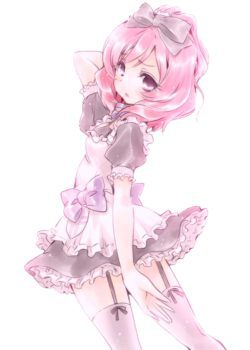 Nine souls are summoned every four hundred year in the southern continent from another world. The summoning is conducted by the church using a ritual gifted to forces of order by the three holy gods. These heroes are summoned into a dead body and given one purpose. The elimination of the demon lords.

However, this time the ritual was used fourteen years too early and only six heroes were correctly summoned.

The main character of the story. The Demon Lord of Lust used one of her spells on a prince to transform them into a girl. However, the prince died due to the spell and our protagonist ended up in the body instead after transmigrating to this world. He, now she, has lost her memories and now has to survive as she tries escaping the demon lord who caught the prince.

Transmigrated into the body of an elven slave who died from an unknown plague, Elaina eventually ended up escaping along with her new companion, Kitty. Elaina is a slender high-elf with long golden hair and bright green eyes. She is stubborn, cynical and completely fearless but also cares deeply about those who are close to her.

​Were you expecting something?

​Primrose was one of the six heroes successfully summoned by the church in the southern continent, and one of the most powerful as well. She currently has the body of a a snow fox, an extinct sub-race of beastkin. She has pure-white hair and violet eyes along with fox ears and a bushy tail. Her face carries no emotion, even when killing. She carries the weapon of the Hero of Mercy, a bright, silver sword given the name Cruelty.

​Alicia is an adorable girl with chubby cheeks and a cheery smile. She carries the body of a young human woman with blue eyes and long, golden hair that is often tied behind her in a ponytail. Her tiny stature as well as her innocent attitude often has others mistaking her for a child. She carries the weapon of the hero of compassion, a long staff even taller then her named Sympathy.

​Damien is a large human male with wide shoulders and bulging muscles. He is relatively handsome enough with short black hair and brown eyes, but he is also a little rough around the edges. He has a friendly and mature personality and is considered the de-facto leader of the three heroes in Revilon, despite not being the strongest. The gigantic halberd that he is often seen with is his hero weapon, Charity.

​One of the most powerful heroes, along with the hero of mercy.

​Before he was sealed away, the God of Chaos cast his judgement on the people of the world for their sins. Seven titles were granted to mortals who best suited each sin. Their task to bring chaos to this world. These seven eventually became known as the seven demon lords, as the demons were by far the largest of the races that worshiped the God of Chaos. The demon lords gain two advantages from their title. The first is that the further we embody our sin, the faster we may rank up. The second is that they are given an aspect to represent their sin.

​The only human demon lord. She is one of the most beautiful woman alive, with striking red hair, flawless skin and shiny gold eyes. She is known for keeping a large harem full of thousands of woman, from slaves that she bought to her most trusted lovers. Lately, she has been working on one of her spells, the Blessing of the Nymphs. However, every victim of the spell has died until Kitty.

She has one ultimate goal: to capture every beautiful woman alive and make them hers.

Ellie became the Demon Lord of Wrath four hundred years ago, yet she still has the appearance of a young girl not older than twelve. While she looks mostly human, pixie wings and green hair show her as a woodland fairy. Despite being a demon lord, she still decided to help Kitty and Elaina even she knew they were heroes.

Gurthog is the Demon Lord of Gluttony and the chieftain of the orcs residing in the northern part of the continent. Four hundred years ago, he became a demon lord. He rarely talks, and when he does it is never more than a few words.

​Lucien, the Demon Lord of Pride, was born over three thousand years ago and some claim he is the strongest living creature on the continent, with even the power to rival one of the three holy gods. While he usually takes the appearance of a human, albeit a completely flawless human, he is actually a dragon.

​Amadius is known as the King of Vampires and the Demon Lord of Greed. As a vampire, he is quite handsome with dark hair, shining red eyes and pale white skin. he is the third oldest of Demon Lords, twelve hundred years old,  having survived two crusades from heroes. He is ranked third in terms of strength.

​Not much is known of him, even to the other demon lords. He is the second oldest demon lord, only younger than the Demon Lord of Pride. His strength is also comparable to that of Lucien's, however he hasn't fought in four hundred years.

The demon knights are the Demon Lord of Lust's most trusted aids. They are the six highest ranked members of Lilith's harem.

The Dominant Knight. She is the strongest demon knight, second only to the Demon Lord of Lust in the harem. She is a vampire and also has a dick.

​The Sadistic Knight.  She is a human and is ranked third strongest in terms of fighting ability in the demon knights ranks. She works undercover in the Revilon Empire and only returns a few times a year.

​The Passionate Knight. She is a succubus like Miss Elizabeth, with red skin, horns and a pointed tail. Has the largest breast size in Lilith's harem.

​​The first child of the Empress of Revilon. She is the crown princess and the heir to the throne. Currently, she is 27 years old and still unmarried. Like her mother, she is a red-fox beastkin.

Adriel is the twin sister of the deceased Prince Adrian, the body Kitty now occupies. She is a cat beastkin with bright pink hair like her deceased father and brother.  While she looks quite frail and weak, she was much more cunning than her brother and enjoyed playing pranks around the castle. However, after news of her brother's kidnapping, she has closed herself off from the outside world, rarely leaving her room, much like her mother

The right hand man of the Demon Lord of Envy. His face is scarred from burns, with the left side being charred black, covering even one of his eyes. His strength is equal to that of Commander Lucinda.

The largest of the three holy empires. Revilon borders the north and is manily comprised of beastkin, however accepts most races. They worship the Holy God Revilius, patron god of compassion, love and generosity. It is the most prosperous nation on the entire continent, and follows the values of its patron god quite closely.

The Anos Empire is the second empire that borders the north. It is the smallest empire in the south in terms of size, but also the strongest in military might. They are a militarist nation and aspire to conquer the northern continent and wipe out the demons. They worship the Holy God Protos, god of justice, diligence and temperance. The empire is highly xenophobic and any non-humans are already considered second-class citizens. It is also the only southern empire to allow slavery. For this reason, the empire has a very low population relative to the other two.

The Southern Dominion is the third of the three Holy Empires. Once ruled by the high elves and named the Heart of Averia, it is now ruled by a council of various races. It is a very tolerant nation, allowing even exiled demons and orcs to live in it. Although they were once unified in their worship to the Holy Goddess Asteria, goddess of courage, mercy and purity, they now they worship a mix of the three holy gods. They are the weakest in terms of military strength as they do not border the Chaos Peaks like the other two empires.

The Great Woodlands are ruled by many different tribes of various different races, including wood elves, beastkin, humans and faeries. In the deepest, unexplored areas of the forest, there are rumours of supposedly extinct races living there such as the high elves, giants and even dragons.

A large town in the Territory of Envy most notable for controlling one of the best passes into the southern continent.

Separating the two halves of the continent are the Chaos Peaks, a gigantic mountain range said to be raised by the God of Chaos in his war with his children. There is only one pass through these mountains, guarded by the Anos Empire in the south and the Demon Lord of Wrath in the north. Otherwise, the only way through is by the many dangerous paths over the mountains, which are commonly used for raids against the south, or by boat.

Show
Table of Contents
Write a Review
Reset Filters
X
Write a Review
You must be logged in to rate and post a review. Register an account to get started. 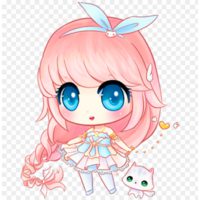 An Adventure Beyond Greatness!
By Love4NovelGuy
Alex was a bullied high-school student with high sense of morality and a guy who believed in having a firm heart due to his martial art heritage. One day after being beaten unconscious at school he suddenly wakes up to find himself in a mysterious

Trapped in a slave girls body
By DemonOppai
For Aidan Cross every moment living is a nightmare. When he finally got the courage to end it all. God seemed to disagree on him dying as somehow he’s now alive once again, inhabiting the body of a slave girl. Freya Uthberut a p
Action Required