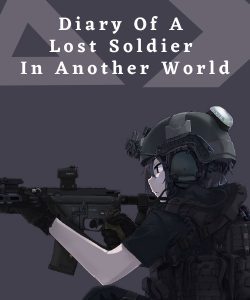 Onaga Katsuro a seventeen-year-old soldier in the JSDF finds himself fighting in the second Russo-Japanese war in the year 2045. Due to manpower shortages, the Japanese government starts using child soldiers, even using girls as young as 14. Onaga Katsuro and his platoon of child soldiers are taken by surprise and he thinks he dies from a grenade but he finds himself in a dark world with one of the 8 gods of creation. The god of Darkness, Sin, Madness, and War has need of a champion.

Katsuro shall be his champion in the new world.

This is a story of the greatest triumphs and deepest despairs, of gentle love and corrosive cruelty. Katsuro knows not what the god wants or what he is meant to do in the new world.

But he knows this, the prize offered by that god is impossible to resist. He will obtain that prize no many how many bodies he needs to put into the ground.

He has nothing left to lose.

PS. It will imply and reference sex and violence but nothing too explicit. There may or may not be sex scenes but those will be quite rare and there will be a warning at the top of the chapter and it will be written in such a way that it will not affect the story if you skip it. If you aren't comfortable with forceful keys and unwilling locks then I suggest you find a different story. (If you don't get what I'm implying click away please.) It won't be the focus of this story but it will come up from time to time, just be prepared for it.

I will be posting this story on RoyalRoad.com as well.

This is really enjoyably and I can't wait for more

Just so you know, I'm gonna be nitpicky and I'm just gonna talk about the part that takes place in 2045 (ch 1), the part was hard to read for a gun freak and ex French soldier like me. I am sorry but im gonna take off the gloves.

A messenger in 2045! Where is the radio! You have at least 1 long distance radio (15 km in transmission) in each "platoon". But it's just for the drama and maybe like Russia in WW2 they dont have the resours to give a radio to a "disposable platoon".

14 year old soldier! What the f ###, no (rich) country would fight until it needed to use children (nowadays) and the reason is you don't really get more soldiers (only between 6% and 8% of your army will have between 12 and 18) this is the reason why, in times of war, children work in factories and not on the battlefield. But in WW2 we have some instances like the germany army (Hitler Youth, SS Youth Division) and the Japanese army (Tekketsu Kinnōtai).

Sergeant at 16? It takes at least 3 years in the French army to become a sergeant and who will give control of 5 to 20 soldiers to a 16-year-old? But in some country like singapore you can become a Sergeant with about 10 months of training including BMT.

The army uses a defensive grenade, as the name suggests, you have to be behind a defense to use it, not a cover. And don't hold a grenade in your hand for 2 seconds, some grenades have a 2.5 second fuse but the JSDF use the american M26 and M67 grenades those grenade have a 5 seconde fuse.

PS it's a fun and easy story to read. 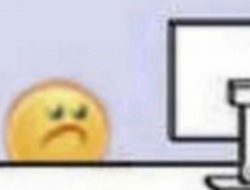 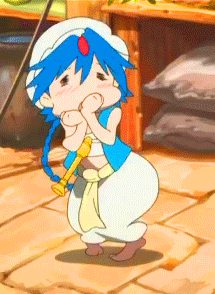 It's awesome, author's pretty chill and the story is fun to read with explained stuff so u don't have to get too confused but also has a lot of symbolism.

The Xeno King
By Orange_Rain
*This story preview contains graphic violence, explicit content, and a male lead who doesn’t pull his punches just for politeness’s sake. All fictional humans participating in explicit content are over the age of 18, and all humanoid c

The Valkyrie System
By midnightrainbow
Lilith dies after giving birth and reincarnates as a Valkyrie. Thanks to a glitch in the System, her memories of Earth remain intact. Now she must make sense of her new world and her newfound powers as a death maiden. She has no intention of stayi
Action Required