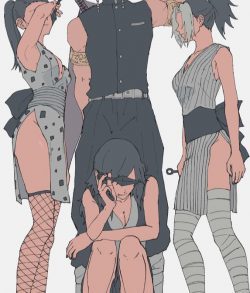 38 years old and divorced. No real friends. I had been working tirelessly day in and day out in a logistic company to forget about my lackluster life.

I was working in the office until late night when I fell asleep on my desk. Suddenly, I was in white space. Weird. It was not a room. It had no wall, ceiling, and floor. I couldn't move my body. The image of my body was projected in front of me in 3D. This looked like when I was creating and customizing a new character in my Playstation 5 games.

"Hello? Is anybody here?" I was able to shout but no one answered. To my surprise, words appeared beside the 3D image of my body like a game tutorial. It said, "Please adjust the physical traits of your body". This was exactly like the games I often played. But how to adjust? I raised my hand but my edge of my hand went through my 3D body. It appeared the image is 3 dimension but it had no physical form. When i touch the "Tutorial words", a list of parameters appeared beside my 3D body. It really looked like a PS2 game!

I was an Asian with light brown skin and average height. Could i alter my physical appearance with this? I touched the "Nose" feature, my nose on my 3D image became more pointing like an European. The more i touched, the longer it became until my face looked like some weird foreigner. How to shorten my nose? Using my finger, I tried to scroll to left like when I playing game. That nose became shorter. So that's the mechanism!

I didn't want to substantially alter my appearance so I just altered my nose to be just slightly pointing but still looked Asian. I then brightened my brown skin to lighter brown. My height was originally 176cm, I altered to 186cm as I had always wanted to be taller. I raised my weight according to my new height. In overall, my 3D body still looked Asian.

Now, my hair. As 38 years old, I had a balding hair escpecially at the top. I touched the 'hair" word. Every time I touched, my hair style changed. From long curly black to long straight blonde hair. I choose the long black hair as that's my appearance during my teenage days. Finally, I touched the "Age" word. Number "38 appeared with "Minus" sign at its left and "Plus" at its right side. I touched the "Minus" until the number turned to 14. My 3D image became youthful !

Status: chapter 85: moon, the violet haired...
Feb 17, 2021
it's necrophiliac porn.
i dont know if the author forgot somehow, or thought it was unimportant to move on with the tutorial at the start, where the goal was for the MC to become human.  but for whatever reason they saw fit, the MC is still an animated corpse, and that would be fine, if not for the sheer volume of x rated chapters (not scenes, entire chapters) and for me, this story has reached the ultimate end as "unenjoyable".
the plot was actually really good. I technically would've given this a 3 or 4 otherwise. The backdrop worldbuilding and politics seem well thought out.  there were some hiccups in the earlier chapters, such as the system's numbers or exp not adding up or whatever the hell went wrong with chapters 50 & 51 never being fixed.  not huge issues though.  but as of the last like 7 chapters where the MC has been "conquering" new girls, you are painfully reminded that every woman in this story is having s*x with a corpse.
when it was a chapter or two here and there spread out, it was tolerable.  honestly I glazed over and skipped many of them.  (some even go into great detail that the guy's skin is just hanging off, his genitals are rotted, etc) but yea.  while im not going to go back and count, its been at least the last 5+ chapters of necro-porn and im no longer able to give a crap what the story is "supposed" to go from here on.  far as im concerned, its already over

This was very interesting for 10 chapters or so, then there was the goblin scene where it literally looks like it was taken from 'Goblin Slayer' there are poor references and the guy had s*x for 3 years, and the s*x scenes were... Unitresting to say the least. then there's places or people taken from other novels like Overlord and such. It was a promising novel, shame it dropped in quality after 10 chapters or so. The only thing that can save it is to delete all the chapters after 10 and re-do.

It had a good start, but it went worsening with the meeting of the girls, there are s*x scenes that are awfully descripted, and the way they "fell on love" with him don't make ANY sense. But I have to say that the battles are quite good. Finally since it becames a mess I'm dropping it. 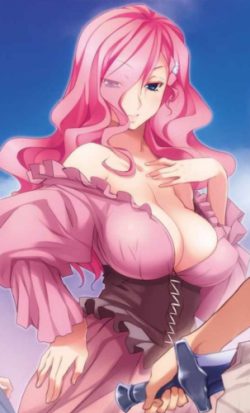