Ashner has no job, no girlfriend, and no good luck on his side. Until one drunken night, he finds a door to another world. And discovers monsters drop real gold. Not to mention a leveling system that's more detail orientated than he hoped for. With a tool that can bring him money beyond his wildest dreams, he decides to get as much as he can. He'll find a way to use both worlds to obtain wealth, women, and status. But even with all that, why does his life always take the same unlucky turns? 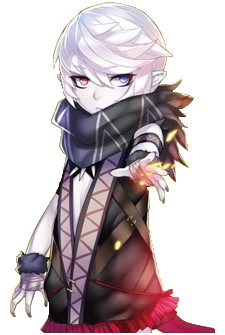 Keep up the great work.

Status: chapter 20 – justice
Aug 10, 2021
It's honestly not even passable. I think it was closer to a 2.6, but I rounded up for the stars. Go figure right? It's since been dropped and I wouldn't have noticed had someone not necroed a comment of mine. Guys, I'm not trying to be negative here. My reviews serve as both a warning to readers like me and an educational tool for writers looking to improve. This is a genuine review. You can see this if you compare it to the other one. Which do you prefer to see, as a prospective reader or as a writer, a no-information five-star review or this?
-
At times, the syntax is extremely poor. The author does not proofread or edit his or her own work. The chapters do not feel storyboarded, and the overall plot appears to have been made up chapter by chapter. As in, without a strategy or outline.
The protagonist is unlikable from the start and remains so for the majority of the novel, roughly 90% of the time, and he flatly refuses to use his own power on himself for the majority of the time.
-
The story was simply too dark in places, to the point of being ridiculous. Like the polar opposite of those lucky cultivation stories? Later in the plot, the author plot armors this factor as well, but in a really forced and dumb way. It was also an odd choice to turn one of his friends early on into an Incubus and not himself. In this novel, he has some truly disturbing scenes that really worried me about direction and that I wish would have had warning of prior. If you're bothered by other males having spicy scenes besides the protagonist, you'll want to know that this occasionally happens. I skipped them, but man, that was disgusting. I had never seen that in a harem novel before and hope I don't again.
-
As far as I can tell, there are no real stats. I'm not sure why he chose that name. That would have been awesome. Let's max out the stats and see what happens, right? That is wrong; that is not the novel. This novel is a jumbled hot mess of shallow concepts and strangely escalated characters. Those that did not require escalation. It's just awful.
-

He begins as a typical veteran who has recently been released from prison for a crime he did not commit. He's trying to see his son, but his ex-wife, Iris, who is living with his best old ex-friend Jorge, won't let him see him, and she has a superior or holier-than-thou attitude toward him because of his felon status. At the moment, she is only seeking child support. However, our protagonist was down on his luck financially and vocationally until he discovered this strange key that allows him to travel between worlds. It's similar to the Anime Gate. Or even a little Stargate. All of this was very relatable.

But... he was NTR'ed by Iris more than once. He was apparently in an arranged marriage. His family, it turns out, was extremely wealthy. Not at all relatable. This appeared out of nowhere. Iris isn't the middle-aged ex-wife seeking child support that we assumed and were portrayed as. No, she is the heiress to a wealthy corporation. Oh, and our protagonist's parents abandoned him. His mother became easily addicted to drugs and cheated with little provocation.

As a result of Iris. Who also had a crush on his father and didn't want to marry him, so she did this and had someone kill the protagonist in the past. None of this was hinted at. His father sacrificed himself to a death goddess in order to resurrect our protagonist. For whatever reason, this death goddess didn't just do it for the sake of being a douche. She also bestows on Iris a superpowerful eye ability for no apparent reason and points her to a random God-killing sword, claiming that the eye ability will aid her in killing the death goddess. That is what the death goddess said... So, instead of being an heiress, Iris is a pseudo-transmigrated antagonist hellbent on killing or torturing the protagonist in the most heinous way possible.

Oh, and that baby was never his, and blah blah blah. Can you see how confusing this is? That's the gist of it. It's like a constant unedited jumble of conscious thought. There appears to be no planning, editing, or anything of the sort. The plot is therfore extremely thin. 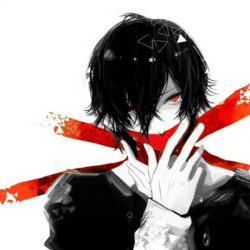 Infected Romance
By TalbotStories
A world under siege of an Alien invader, the world united under one King to face a common enemy. Thousands died as the Duke’s of every region sent forces to combat the alien scourge. But while men died in combat and women and children perished bef

A Tale of Thorns – (Abandoned – Cause it sucks) (This is no-longer cannon)
By Petrichor
Attention: This Fiction is ABANDONED as it was merely a fun distraction at the time from which a proper fictional multiverse has sprouted) Fleur Bellrose was not a good person by all accounts. In fact, one could argue that she stoppe

Top Ten
By ajrunaway
Kara Aisling has a goal in mind. Influenced by a former housemate she plans to sleep with ten different guys in order to hit the self-proclaimed title of ‘Double Digits’. With this task in mind, she uses Tinder as her handy guid

A Home With You | BL Web Novel
By theflowerbed
Lin Yu has been locked away in a bordello against his wishes as he awaits the man that has purchased his life. He knows that if he allows the man to take him away he will not live to see another day. Scared and out of time he begs his first and o