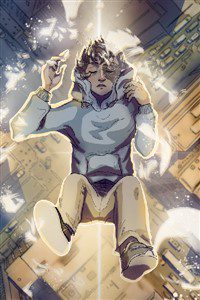 James Toranaga is a twelve year old boy dealing with the aftermath of sexual assault. He’s doing okay. The memories are tough, and the world feels a little rougher than it used to, but he’s a strong kid with a loving family to support him.

It sure makes his emerging sexuality harder to deal with, though. He doesn’t want to think about it.

Luckily, he has the perfect distraction: he can fly.

But these strange new powers may bring dangers of their own. He is not the only one who has them.

Triggers: Explores the aftereffects and recovery process of sexual abuse, and some other forms of physical abuse. I like to think I avoided making it edgy, but you deserve to be informed. Some readers have told me that it can feel a bit too real at times. A bit too honest.

Touch also now has both a Discord and a Patreon!

Updates weekly (Once daily until I'm done uploading my backlog). 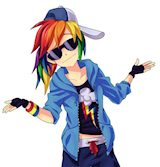 REND
By Temple
More than seventy-five years ago, the Second World War abruptly ended with the advent of the Adumbrae invasion. Piercing the veil between dimensions, these malevolent beings entered our world through possessing humans, turning them into monsters o
Action Required