In the peaks of midwinter lies an unconscious young man with snowlike hair and startling, duotone eyes. His features blend so much with the tundra he just may disappear. Strangely captivating, but such an appearance is no doubt unhuman.

Then enter Combat Unit One and a man who, despite his irritating personality, is unfortunately a little bit eye-catching.

“If I had to assign a relationship…” the man says with a low curve of his lips, “it would be prisoner and captor?”

“Colonel Yang,” he replies sharply, “you are cracked in the head.”

Year 2066 – a population of eight billion was wiped down to the marginals. Particle radiation hit a rotating satellite, then a spaceship, then… mass mutation, mass extinction.

Theoretically, when the geodynamo fails, those left behind will become some sort of extraterrestrial. Humanity’s always had a stubborn streak, however, so the intelligent will thrive and the combatants will fight.

But, alternatively, while most have sacrificed for this planet, a young man decides, fuck it all. 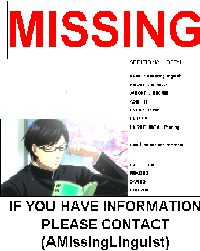 This story is full of tension, and here's why.

The first chapter establishes that love is important when going to war. People cannot survive without love, whether at battle or at home.

Also, no matter what, people need to quip. Quip while walking, quip while tending, quip while fighting. I contrast this to chapter 0, and I realize that quips are the lifeblood of boy's love.

Read this, and fully realize how s*xually tense quips are. 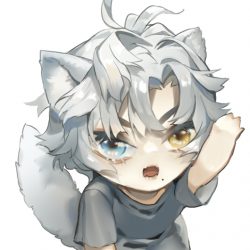 How to Catch a Celestial Fox
By letsplaydominos
What would you do when faced with a Heavenly Immortal? Huo Huli is an omega in the cultivation world that has risen to the top of the ranks. With his title Tianshanghuo-jun, he is called The Heavenly Fire of the Anyang Huo Clan sect, and he

Teaming Up with System 225
By MakusCorner
This is a story where the Host and System 225 will come together to save the other Systems from the creator of the “Villain System.” They jump from world to world, saving the fates of the unfortunate to gather up the energy to fight.

[BL] NEET life in the Apocalypse
By Bocchan13
After living in the zombie apocalypse for more than 20 years, Song Yu is once again dragged back to the very beginning. As a once leader of a small base, getting tricked by his comrades and dying in a pit of zombies, Song Yu just wants to live a n
Action Required