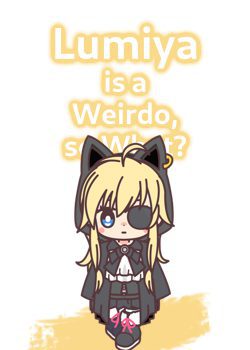 This is no fantasy world. No superpowers exist, neither does magic. He’s an ordinary middle school student. He doesn’t have any hobbies, nor anything to look forward to as he lives his tedious and unchanging life every day.

Normally, there would be no point telling his story.

However, one day, something strange happens. He accidentally stumbles upon a strange girl. Immediately he notices her unusual appearance—one of her eyes is concealed under a black eyepatch.

Caught up in utter confusion, he barely notices when the girl asks him to become her ‘servant’, but doesn’t give him any time to respond as she runs away.

As it turns out soon, the girl appears to be completely detached from the real world. She pretends to be strong and tough, but it doesn’t take much to reveal her bashful and cowardly side.

The protagonist—Fujioka Takao—initially driven by curiosity, decides to put up with the eccentric girl, but at some point, the situation gets out of his control.

Thus begins his story, which quickly proves to be the story of his youth.

- This is the first novel I’m ever writing, so expect a lot of mistakes, especially in the first chapters. I think I’m trying my best, though.
- This is primarily a slice of life story, so it may be slow at times. I really apologize for that.
- Character on cover made in charat.me/avatarmaker

1 It was a good read with few grammar errors.

2 The characters that appeared were well written.

3 It is paced extremely well

4 I thought it could continue a bit longer, but that is more of an author decision. The reasons why are also spoilers so...

The MC although he can talk to Lumiya, he is not really able too do so with others. Same with Lumiya. Although it makes sense where the story ends, the fact that we never see the two make other friends makes it feel slightly unfinished to me.

If the two decide to only rely on each other, that could unfortunately create a toxic relationship. I doubt that these two would actively create one, but the more they isolate themselves the worse it gets. Once the fact that they are dating is known to their families and they each get a friend or two, this point is somewhat diminished.

Anxiety is something near impossible to grow completely out of, and for most people the most people can do is control it. The fact that the MC doesn’t get help for it is disheartening. I know he lives in Japan, where mental health is taboo, but I believe professional help could be life changing to him. He is clearly in pain when he has to talk or make a decision. We never really see Lumiya’s thoughts, even though she does improve greatly by the end of the story. I think it could help her too. Though this point is more of a personal gripe, than a suggestion or idea. 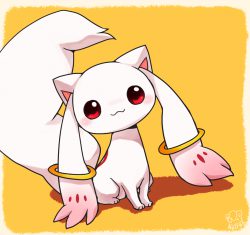 I think this is the first review that I've written on ScribbleHub. I'm taking the extra mile since this story is among my favorites here in this website. There are plenty of reasons why. For example:

These are mostly what I could think of about this novel at the top of my head. That's all for my review, if you're still reading this and haven't read the story yet, go read it! After this are just my thoughts that are unrelated to the review and also somewhat spoilery, so leave now if you're planning to read it but haven't yet.

I honestly wish there was more, there's still quite a bit to expand upon.

While I think the story ended in a good spot, I would've loved to see how their high school life would go. How they would make friends, how they would overcome hardship together, how they would open up to their families, how their relationship would delevop further, and maybe how they would do something about FMC's family situation or face the trauma from her bullies. Along with lots more fluff of course.

Maybe they could go to Lumiya's hometown or go on dates inspired by the animes the FMC watches, lol.

I would also love to see more of the sister. Why didn't she want the MC to go to her school? Maybe because she was only pretending to have a BF? And how she would react if she finds out her brother got a cute girlfriend, lol.

If the author ever plans on writing a sequel, I would love to read it. This is story is definitely a hidden gem. I feel lucky to be able to read it. I'll be following the author's future works. 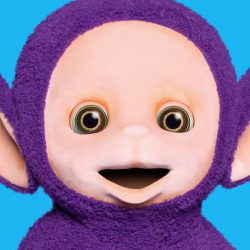 As the author said, this story is inspired by Chuunibyou Koi Ga sh*tai, but describing it as so is selling it short.

To start it, the MC, Fujioka Takao, suffers from social anxiety (different from Yuta, who is quite confident and reliable), which he doesn't really like to admit when he's not stressed out from socializing. In the first chapter, he mentions that he doesn't answer his best friend when they talk because he's not interested, but when he takes initiative to ask this friend of his about Lumiya, he lets it slip that he might be "a little" troubled, plus he is deathly afraid that said friend will get loud and announce to the whole class that he might have a thing for some girl. The crux of the matter is that to Takao, the "embarrassment" of having such a thing said out loud would not be as simple as it would be for most people, it would really hurt.

By the way, can we appreciate how much of a bro Takao's friend (sorry I forgot your name) is? Despite being loud, he is well aware of the MC's troubles and it can be seen that he is happy to help however can. That time they hang out with some random people, I have the impression that the chad picked out some guys who were friendly and respected personal space. After all, Takao did hint that despite the discomfort, the meeting hadn't been a horrible thing.

Another different thing is that the FL, Lumiya, is trying to get into the whole thing, in contrast to Rikka from Chuunibyou, who was already a lost cause from the start. Although it is most probable that she has the same anxiety problem as Takao, the focus is on how she struggles to share her hobby.

"Chuunibyou Demo Koi Ga sh*tai" can come across as a little more of a fantasy since the story is focused around the main cast, which is mostly dominated by patients of the syndrome (and it was more about revisiting a past stage), "Lumiya Is A Weirdo, So What?" is giving the opposite vibes, the two leads are much too aware of the pressure of society. The fact that Lumiya gives me the impression that she is more of a roleplayer than a chuuni is not that important.

Anyway, from the two chapters I've read, it can be said that this is a journey of self-discovery and acceptance. Takao, who has no drive and trails on a road filled with bumps; and Lumiya, who has more of a persistent hobby than fantastic delirium, and struggles to bring it to life. Their fated meeting, set by the Creator since the beginning of time, blossoms into... some awkward story that is quite cute?

Rating [3/5] - Reading this gives the impression that the author is purposely trying to make the chapters longer (As the author has stated in the summary).

Doing this though makes the novel suffer. If the author trims even half of the unnecessary inner monologue this would have been rated 4.2/5 for me.

The dialogue between the characters is the part I enjoyed the most. There is not much of that though.

I’m a Mermaid, Not a Merman
By IWannaBeAMergirl
Danny has always felt like a weird guy. Like he just didn’t fit. He always felt like he was a geek who was interested in strange things. He’d never felt comfortable in his own skin. And his own skin is fighting against hi

Harem Protagonist’s Sidekick
By picklejar399
Finally! I’m finally free of all the drama surrounding Ethan and his harem from last year. Now, I just want to enjoy my new high school and avoid the shenanigans of Ethan and his new group of infatuated girls. This proves impossible, however, when

Becoming #1 With Stun-Gun Hero!!
By Calvin_Waterson
One day a normal 20 year old wakes up in a room he has never seen before. He looked on a phone next to his bed to read the date. June, 21, 2148. He then discovered he was in the body of Denki Kaminari. How will he stand at the top of his class as
Action Required