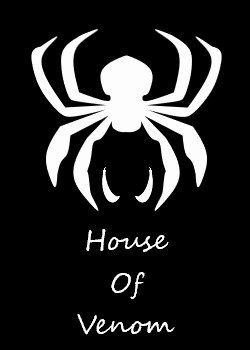 What if Peter Parker was infected with a symbiote the same day he was bitten by the spider?
What if, tired of the bullies, Peter embraced his darker side and became Venom and not Spider-man.

Slice of Life about a different Peter Parker.

The Glossary contains information as to movies the story draws inspiration from, as well as a chapter and word count for each Arc.

This is the work of an amateur author. Spelling, grammar, and syntax errors are to be expected.

The author will not tolerate any comments containing sexist, racist, or homophobic remarks.
Rants and rude comments will be removed.

It's a good idea but quite a different execution (not bad just different). When I read the synopsis I went in expecting a dark spider-man and he is dark too but definitely way less then I expected (maybe I expected too much ?) and looking over the tags of the story would probably tell you the reason why. The story is more of spider-man scoring girls rather than fighting his enemy. Honestly the harem was completely unnecessary but still I thought that maybe it'll be something different but that didn't happen either and combine it with all those harem drama that happens just makes it a whole lot annoying. Also I don't see author stopping adding more girls to the harem and giving them powers just so they can keep up with the MC and doesn't become his weakness.

It's an interesting take on spiderman/venom. Though the Harem quickly grew to much. Peter himself isn't an edge lord, thank goodness, but he's not the optimistic teen boy for the comics and movies.

MC is OP no doubt, but when you have them in the same universe as EVERY Marvel character, he is still an ant. The Author definitely knows what villian or hero to use to make Peter, who has been waltzing through baddies, look like a toddler in comparison.

It's closer to a proper marvel story were there is no long term happiness and everyone makes awful decisions. For being a Rage monster that venom is supposed to be he really acts like a pu**y and continues to let people walk all over him. Like he keeps waring people he will permanently mess up people if they keep antagonizing him but he just keeps letting them go just to make his life harder and harder.

Now half his enemy's know who he is but they don't tell anyone else or actually use that information for some reason?!?!? Like a Ozcorp soldier tracking a girl finds his home and runs a check with mission control to figure out the building and then disappears shortly after and NO ONE from mission control/Oz corp thinks to check out the last place the operative loss contact and running a check at the address????

Outside of the Harem most of the characters are extremally unlikeable, I am guessing so they can go thou a redemption arc later and maybe get 2 braincells and realize they aren't the center of the world. But I am not gonna get to that part as all the characters in the first 2 arcs are unlikeable so it is hard to read unless you are just here for the Harem

I have read up to chapter 184 at the time of this review and I have to say 10 out of 10 probably one of the best stories I've read period. 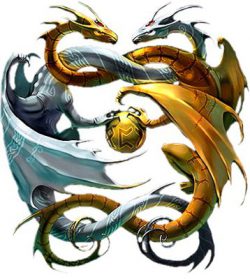 Not a bad work. Pleasant reading with humor, fights and eroticism. There are some incomprehensibility or not pleasant moments, but nothing that would interfere with the pleasure.

1 Not the best start (Before Olivia I think).

2 s*xual and romantic relationships (a dangerous expansion of the number of partners) (but they are also taken into account by the author).

Not a great masterpiece, but good work.

The author also seems to have greatly improved his skills. So if he doesn't screw up with the sequel and the ending, then at least it's still a good job. 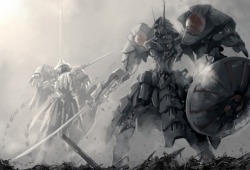 Had to bow out at chapter 18, just couldn't take all the little inconsistencies building up over the course of reading this.

Major turn off for me was that Peter had been bitten by a spider as you would expect. The problem occurs when he is dumped into a dumpster then picked up by a unknown group who use him as a test subject to infect him with Venom.

The problem is that the author states Peter's DNA was breaking down and was also breaking down Venom on a genetic level before assimilating the two. For all intents and purposes Venom should be gone, Peter should have inherited a combined and unique combination of the two power sets.

What we get was a more unrestrained Peter with Venom still lurking in the background taking over when the plot calls for it. He had same powerset as Symbiote Peter from Tobey Maguire Spider-Man 3 movie. Really if the author needed to introduce the symbiote then he opted for a really convoluted and plot hole ridden path.

The author also liked to throw in more new plot threads without refining them to make the introductions more smooth. One chapter where the story gets several, messing with the flow caused me to question if I wanted to continue with reading.

The main character seems too close to all the major players up to chapter 18, still don't know how another character from the comics became Spider-Man. What's worse is that Peter seems to repeat his fu*k ups. The author might be trying to build up tension and road blocks for Peter but it's not done smoothly enough or characterized property.

Most of his actions seem more off the cuff then any real dedicated thought process going in to it, he has his head up his ass so far that I question his loyalties.

He seems more worried about some girl who chose to date his tormentor then helping his Aunt out finically. All her hard work and dedication all down the drain because Peter got powers. This is probably the second most aggravating part of this fanfic, Peter cares a lot less about May then in comics and movies. He is more selfish here, less caring towards consequences and lacking common sense.

if the author ever decides to fix any plot holes I would advice he seeks out beta readers who should spot these problems.

wow such a good novel and the grammar have been improved since the first chapter, and the plot is great, but what I'm sad about is that his uncle didn't survive more than 1ch, thanks for the novel.

I'm not very good at reviews but I would like to say that this novel deserves all the praise it has gotten and more. The way the author writes and listens to their community is very good and I can't wait to see where this book goes.

This is the best marvel fanfiction I've read, with little to no plot holes complete character development, and the best integration of new characters.

Note: This is story is little hard to follow in conversations 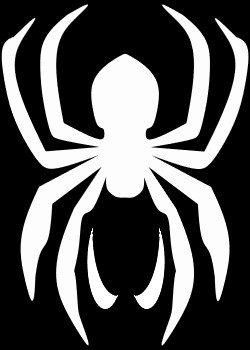 Villain with netori system
By Formanaga
English is not my first language so please take care of me and if you find mistakes in it tell me I fix it as soon as possible. Max Winchester died due to an “accident” while reading the novel after his death he meet God who all

Kal-El in Star Trek: TNG
By Bokuboy
What would happen if Superman’s lifepod’s hyperdrive malfunctioned on the way to Earth and he ended up drifting through space for hundreds of years? He ends up in the future and meets humanity’s expansion into the universe. Follo

What If… Harry Potter
By Bokuboy
A series of one-shots from single chapter length to novel length, that answer questions about what could have happened.

Hollywood King
By TC
Read upto 20 advance chapters -> Visit: -patreon.com/TC_L When an actor transmigrates into a world where any of the entertainment masterpieces of his previous world hasn’t been revealed, how will he change Hollywood? Ian Renner w
Action Required