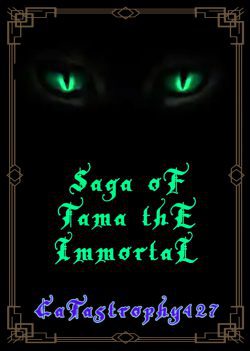 "What do you mean you're immortal?!"
"I mean... I can't stay dead for long..."
"Well that's just overpowered, isn't it?"
"Except a chihuahua with arthritis could beat me in a fight, if I wasn't able to run away"

It's said that a good cultivation story ends with the main character gaining immortality. Well, I say that that's boring, we all know the main character is going to survive everything, it's just a matter of how. Instead, why not start where most stories end? Well, I can't say that being weak isn't captivating in its own way; let's start there. Hated by the heavens, as is the cliche standard, what else... Broken engagement? Worry not, felines don't have to deal with the hassle of engagements nor the shame of a broken one.

What should an immortal cat do with his life? Simply finding fish to eat is hard enough, and now he's got to push past the limitations the heavens cursed him with? Well, what's a death or two to a cat that wants his fish, especially if it's a cat with more than nine lives. Eating tasty fish is the most important thing in the world after all. And he's got all the time in the world to find the best fish of them all.

(Author's info/comments about the subject) First off, I write whenever I have time and am not dealing with my numerous health issues, so... I write kinda slowly and sporadically. I'm sorry about that, I wish I could change it, but... I ain't got a magic wand. If I did, I would make myself healthy - well, no, I guess the first thing I'd do is make more magic wands, but assuming the standard rules for wishes - wait, this isn't something for the description of a novel. I'll end this tangent here, but I'm keeping it in because it might be funny to some people, and I'm not sure what to replace it with.

Put under Fantasy, might be more like Xianxia, but I wanted to be safe, as I'm not too familiar with the genres. Always looking for suggestions of tags I've missed. Some of the other tags (heavenly tribulation, for example) won't play a role until two or more arcs in, further than I've written at the time of writing this description, but I've got a pretty detailed outline for most of that at least.

Also, sorry for the formatting for dialogue, I just can't stand writing the '"blah blah blah," he said' format, it just doesn't make sense nor does it ever look right to me. Go figure. I'm working on it, the most recent chapters have a better format (still not the main standard, but...) and I'm planning on going back to the first ones and fixing them up too. 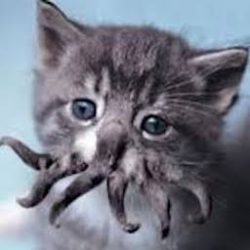 Legend of the Female Emperor
By xerluc
Michael was driving a moving Truck when suddenly, another truck came flying towards him, killing him almost instantly. But the powers that be would not let him rest. Truck-kun worked its magical powers and reincarnated Michael into another

Berserker… Crank Wars!
By SuperNormal
Nearly 500 years have passed since the so-called “Apocalypse” where the souls had taken control over the human vessels and grew into fierce monsters. And the humans couldn’t procreate anymore. A small frail kid saved huma

The Master of Names
By Karingano
The modern world of magic has moved on. Magic of old no longer allowed in the new age. Deemed too barbaric for the contemporary world, magic skills and formulae have taken the country of Idraver by storm and with their arrival, heralding in a new

BEYOND THE AVERAGE ISEKAI (A LITRPG)
By thetaibot
Check out my Patreon where you can affect the story! https://www.patreon.com/thetaibot “I suppose I’ve died then?” Adam had been a fairly average guy who had lived a fairly average life. Now he is dead and speaking to a god.

The McKenzie Files – Books 1 and 2
By permanentlyExhaustedPigeon
Ever wondered what would happen if a sarcastic, foul-mouthed supervillain found himself zapped across space and time to a world of swords and sorcery? So did I. Contains approx 5% swearing by volume. (Finished works, chapters added regularl
Action Required