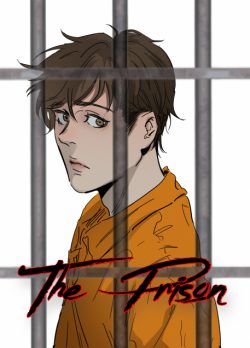 One mistake lands Aiden in the world's most secure and loathed prison after he unintentionally murders a wealthy, well-connected wife-beater. Located in an isolated island far away from civilization, this prison is befittingly known as "The Prison from Hell" with a hierarchy and a "king" of its own.

It is a prison unlike any other where the inmates rule and the guards stand by idly, and where brute force and influence are the ultimate weapons, the keys to survival. Aiden's horrified at how easy it is to be cornered and raped, and grows ever wary when the infamous gang leader and prison 'King', Schneizel Cross, whose got even the prison guards wrapped around his finger, takes a liking to him and openly confesses to desiring Aiden as his new 'bitch'. And he isn't the only one. Almost everyone in the prison are intrigued by the fiery, outspoken, new inmate.

Desperate for protection from Schneizel's relentless advances, whom he has to share a tiny cell with, what can Aiden do to keep himself from getting killed -or worse- in The Prison from Hell, where even your own shadow abandons you in the dark? 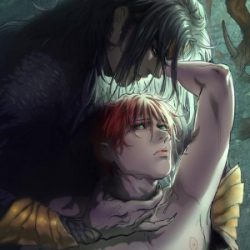 A Home With You | BL Web Novel
By theflowerbed
Lin Yu has been locked away in a bordello against his wishes as he awaits the man that has purchased his life. He knows that if he allows the man to take him away he will not live to see another day. Scared and out of time he begs his first and o
Action Required