"In a not so distant future, five teenagers are selected for an advanced antiterrorist unit, having to balance their personal lives with their new responsibilities to avoid world chaos."

2035. A world on the verge of a new world war due to lack of resources has found a way to generate clean, self-sustaining energy. Nuclear plants all over it have been reused on the basis of this miraculous discovery conducted by the global conglomerate Cytek.

This company has recently expanded its horizons and developed mass consumption products such as cybernetic limb prostheses, their latest success. However, media from all over the world claim it has secretly developed vehicles, weapons, and many other military-grade prototypes.

From terrorist groups to entire nations, everyone seeks to seize these new technologies. In an effort to curb the recent worldwide raid of violence and terror, the United Nations has endorsed the questioned “Sentinels” initiative, a global military force funded by the world’s most powerful nations.

Nobody doubts this project has been carried out only by the enormous pressure exerted by international financial capital. What no one suspects, what no one even imagines, is the dark origin behind these new technologies, capable of completely changing the course of humanity...

PS: The design of the cover is mine, but the main illustration is a montage between two images that aren't.

PS2: Since English is not my native language, any kind of constructive criticism around this aspect of my prose will be welcomed. 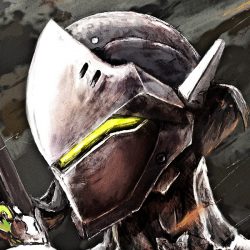 Within The Soul: Supremacy
By DriftingCloud
After a series of unexpected and traumatic events, Matthew, a physicist from futuristic earth, found himself transmigrated into a new world. In this world, humans practice cultivation in order to gain power and survive against the beasts and demon
Action Required